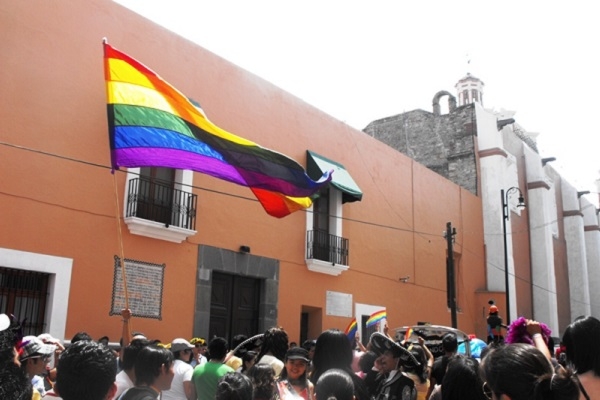 To avoid its being used for electoral ends in the face of the July 7 elections, the Lesbian Gay Bisexual Transgender Transvestite Transexual and Intersexual (LGBTTTI) Pride March has been postponed by its organizers.

The Gay Pride Committee, which has put on this event for at least ten years, informed via social networks that the march usually held in May, would be rescheduled.

In addition, the Pride Committee reported that there was an intention among a group of entrepreneurs active in businesses whose clients belong to the gay environment in Puebla, to hold their own march, which is planned for May.

In regards to this the member activists of the Pride Committee said that the mobilization has marked commercial intentions and is not an event calling on civility, acceptance, visibility and respect.

The document mentions that ten years since its creation, the Pride Committee continues working with events such as the Anti-Homophobia Week and the LGBTTTI Cultural Week, to inform and generate the agenda of the vulnerable groups it represents.