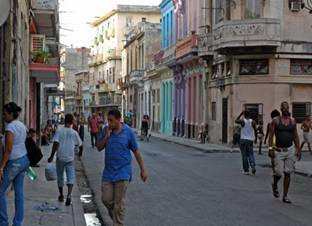 The Cuban government has rejected the term reform in relation to anything having to do with the changes being introduced, principally in the economy, preferring to use the term updating. Perhaps they fear being tagged as “reformers” and prefer to be called “updaters.” Nevertheless, it is not the terminology that matters; it is the content.

Until now, the updates that have been carried out have been positive in comparison to the ongoing stagnation of previous years. Due to their lack of substance and the delays in implementation, however, they have had little impact on the lives of average Cubans.

The buying and selling of homes and automobiles amounts simply to legalization of activities which for many years were carried out illegally. And those who carry out such transactions can do so only because they have access to resources and assets, a situation not shared by a majority of Cubans.

In addition to having the freedom to do so, there are other things that are necessary in order to be able to travel overseas, not least of which is having the financial means. Of almost equal importance are cell phones and an internet connection, which costs 4.50 CUC an hour at businesses that sell access.

To date, those who have benefitted from the updating have mainly been owners of well-maintained residential real estate. They have been able to sell at a high price, buy something smaller and pocket some of the money, or move in with relatives and pocket all of the money.

Other beneficiaries include car owners who prefer to get rid of their vehicles rather than have to deal with the high cost of operation and maintenance.

There are also those who have acquired financial resources, either legally or illegally, and have purchased these assets. They are generally the same people who own mobile phones and can afford to pay the high cost of internet access.

Then there are those who sell a home or a car, or receive money from relatives overseas, and use the capital to open their own private businesses, usually in the food service sector. In short what this amounts to is a budding form of capitalism subject to state control.

For the updating to really benefit the average Cuban, it would be necessary to extend opportunities for self-employment to all jobs and professions, something that is currently not allowed. Some people might be concerned about this happening in health care and education services, but it would really present no problem. Some of these professionals could work for the state (as they used to do) or for private institutions such as clinics and schools which provide private consultations and classes.

It is true that fifty-four years of doing the same thing dulls the brain and creates a governmental and societal conformism that is difficult to eradicate. But times and people change, and we must audaciously embrace the new.

The fact that a majority of young professionals aspire to join the exodus in order to realize their life goals should serve as a warning that this process of updating — with its many limitations and excessive slowness — has not brought real benefits to most Cubans.

The average monthly salary is no more that 440 Cuban pesos (the equivalent of 20 CUC, or about $20 USD), an amount that is inadequate to guarantee even a financially precarious life given the high cost of consumer goods — both agricultural and manufactured – and their continued rise in price.