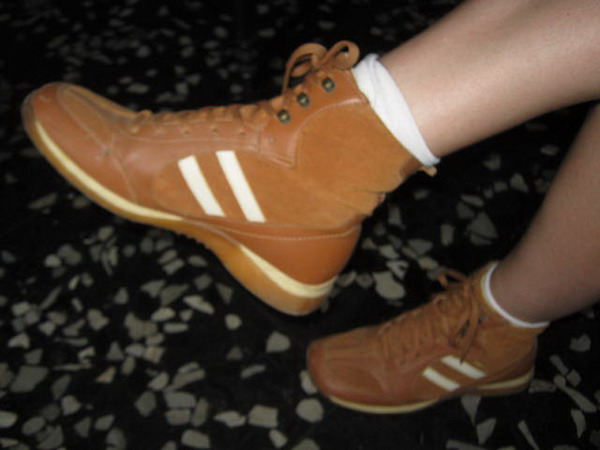 Yesterday, watching on my planet’s television the images of the May Day parade, I couldn’t but feel embarrassed.

How is it possible that a people, whose civil rights have been and are being trampled on, by a regime that maintains its power at all costs, for fifty-three years, can allow itself to be a part of such a farce. There was a larger audience than for the Mass offered by Benedicto XVI. It’s clear that both concentrations were convened by the government itself, which is why I didn’t feel motivated to participate in either one, despite the fact that I am still religious.

A friend of mine, who is a civilian worker in a repressive ministry, came over and very proudly showed me a splendid pair of boots, modern, comfortable, of the best quality, that they handed out to those in her organization who agreed to march. I don’t know what other ministries or workplaces offered, or with what subtlety they made their threats. I think I understand the fear that overcomes them, and their desire to keep their jobs at all costs, but I can’t get my head around seeing “self-employed workers” waving placards in support of the regime. I just managed to see the huge banner of La Pachanga (a cafe restaurant), because I couldn’t stomach any more time in front of the screen.

What was made very clear to me, is that these people don’t deserve that civic and honest citizens are constantly being exposed to defend them. I have come, once again very regretfully, to conclude that each people has what it deserves. This is demonstrated by more than half a century of indoctrination.