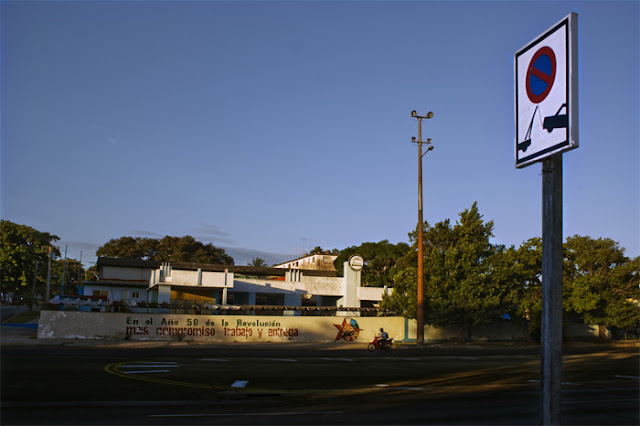 He arrived at G on Friday to join the crowd of other young people watching the wee hours of the night pass waiting for better times. For some inexplicable reason the police would only allow them “to be” on one of the two sidewalks of 23rd and having made an appointment earlier to meet a girl in the “prohibited zone,” decided to run the risk rather than lose his chance of the night.

The risk turned out to be higher than he’d calculated – naïve and crazy kid: an official welcomed him with a shove and asked for his ID card.  Not producing it fast enough, they handcuffed him and before he could ask why he was already in the back of the patrol car.

He was thrown in a dungeon at 21 C. He thought he had forgotten to let go of the wrists. However, a look around allowed to check two things:
– All the detainees were handcuffed.
– There were many detainees.

They threw him in a dungeaon at 21st and C. He thought they’d forgotton to free his wrists. But a look around informed him of two things:

— All the detainees were handcuffed.
— There were a lot of detainees.

As he wasn’t even twenty yet, he was terrified. He didn’t know anything about his rights nor was he going to risk the night by defending them. Then again there is always a third option.  He managed to whisper the magic words to an officer:

“Hey pal, I have fifty pesos. My mother is sick and I can’t get home too late.”

Half an hour later he was home. He summarized the story for me with a moral: “They made a lot of money Friday, we were a ton of people. Next time I’ll give them the money in the patrol car.”