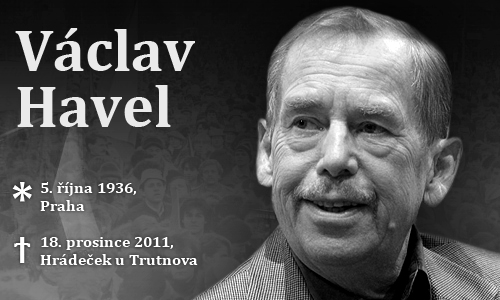 Directors of the Cuban Independent and Democratic Party in Havana, on the afternoon of Thursday 22 December, personally expressed their condolences to Mr. Frantisek Fleisman on the occasion of the passing of the former Czech president Vaclav Havel, in the embassy of the country located in Kohly # 259 Nuevo Vedado, Havana.

Mr. Fleisman, who serves as Political Adviser to the Czech diplomatic mission accredited in Havana, personally received the message of condolence and several copies of the weekly publication of the CID “The New Republic,” after which the representatives signed the condolence book open at the embassy to facilitate the people of Cuba sending messages of condolence to the family and the Czech people for the death of former Czech president Vaclav Havel, information totally ignored by the Cuban media.

Present at the mournful meeting were Abdel Rodriguez Arteaga, National Vice President of CID; Lisbán Hernandez Sanchez and Elizabeth Linda Kawooya Toca, Delegate and Vice Delegate in Central Havana, Aimé Cabrales Aguilar, Attention to Political Prisoners in Havana and Santiago Ricardo Santiago Medina Salabarria, the National Executive Committee of the CID, who highlighted and appreciated the closeness and concern of Václav Havel for the political prisoners, the opposition movement and the democratic destiny of the Cuban people. Fleisman was interested in the work of the party.