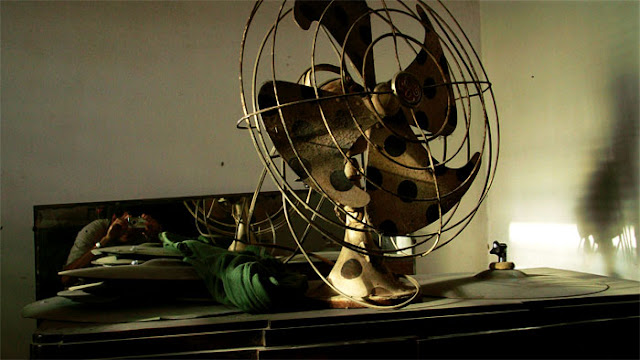 The Cuban family is fractured, not only by national separations as a result of emigration, but also by political conflicts between the family members in the country. The other day I was invited to dinner at my friend’s house and by the end of the gathering I was depressed by the clash between two generations, parents and children: one that keeps their mouths shut out of respect for their elders, and the other that offends with their absolutist ideology.

Meanwhile, “The Roundtable” animated my friend’s birthday, her uncle wasn’t sufficiently sensitive to turn off the TV, the mother made terrorist comments about the fate of the United States, and the spouses of both tried like children to change the subject — I don’t know if it was out of solidarity with the youngest among us or simply out of common sense: it was a party. My friend had two choices:

She chose the second. Her family did not seem to notice the abnormal silence, during the whole evening, of the birthday-girl. Among the exchange of ideas: “Socialism is the only way.” “All those mercenaries should rot in jail.” “I don’t know how Obama can sleep at night.” “The European Union and the Empire are going to pay one day.” “Fidel has always been right.” Meanwhile, forms and documents that were going to be presented to the Spanish Consulate in the morning to apply for citizenship in that European country were passed from hand to hand, and the women commented on the Mexican soap opera which they watch on the illegal cable they have in the house.

The whole time I was overcome by a feeling of profound pity for these militants of the Cuban Communist Party: with a morality so shameless, an ambiguous ideology, and a limitless intransigence. Their blindness prevents them from perceiving the enormous gulf that separates them from the generation they gave life to: they are alone, so alone that not even their children dare to enlighten them.