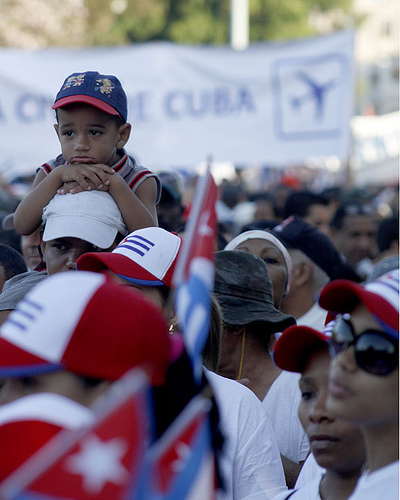 Cuban intellectuals, both on the island and in exile, try to imagine from time to time the more comfortable scenario of the day after. After, it is understood, the Revolution.

Each offers his pebble of futuristic prose about it. Our army of national Nostradamuses reiterates topics and styles. The death of the Maximum Leader. Succession by consanguinity. Lack of charisma in the higher spheres plus corruption at all levels. Slow decline or sudden chaos. Hypothetical popular protests in a copy-and-paste from the Internet. Ungovernable island. And, in the end, the foreign intervention postponed not since 1959, but 1933, at least. The saga of the day after, so far. And, after the day after, the deluge: democracy in perpetuity is assumed.

These post-country predictions, more or less documented and fundamentalist, be they involuntary or ex-professed, described a uchronic arch that goes from the native spiritualism of Cintio Vitier, to the most diplomatic praxis of Carlos Alberto Montaner, passing through more than few interviews with Fidel Castro himself, the naivety of the neo-socialist tantrums of the Cuban Communist Party, and some science fiction pamphlets no less laughable for the precariousness reality.

I could also pass myself off as oracle now. Pose as a fortune-teller int he face of posterity, in a hopeless beforehand bid because, as we know, History has no subjunctive mood. And from every side of the cosmetic and chromosomal changes in Cuba, those above will always call up his image and likeness, leaving on the cutting room floor anything that doesn’t fit the social consensus.

But I wonder whether it would be more profitable to chew on the rhetoric of the day before, this theater of operations by which, in principle, no one would have to wait, as part of the scraping the daily monolith of the official discourse, reducing it almost without wanting to to an implausible sawdust. The greatest display of imagination is not already in the slight-of-hand of who watches the horizon (it would be in the style of a military strategist with binoculars), but in fearlessly reading what’s in front of our noses. The day before is, most of all, immediacy. And that imminence terrifies the inertia of our mental repertoire.

To think of the day before in Cuba today would mean to have a desire to participate, to postulate, to engage in Realpolitik with the State and not only with the foreign press, to name things and traumas: the dead, memory, civil peace at the cost of repression? Latin America as a thieving, or at least violent, neighbor? The advantages of State Security? Constitutionality versus revenge? Multi-party system versus ruins? The nightmare of lost properties, and a roughness where Cubans can come to cannibalize Cubans. In short, we have to stop making poetry of statistics or of the heart, and be honest at least once since 1902, or perhaps since 1492.

To think, the day before day in Cuba is, also, a question of adult citizenship that in time learns the wisdom of ceasing to be an adolescent. Nobody wants to live in a era that has been left behind, from the Maximum Leader to the smallest self-employed. Having nothing to lose except their chains is perhaps a guarantee of change (even in its most simplistic slogans, Marxism has withered away).

It would not be idle to remember that, in elementary arithmetic, without first planting the day before, of course, we can never have reforestation the day after. Cuban intellectuals know this, but both in exile and on the island,they are more than willing to come in last in this steeple-chase race against the exhausted Revolution. Our vocation as witnesses supersedes any biographical temptation. As earlier with the notion of theoretical communism in the materialist workbooks, the transition is now comfortable no-man’s-land that everyone talks about but where no one wants to live.