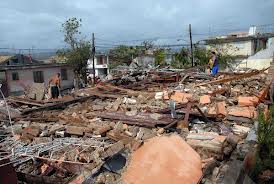 In spite of the internationally offered help, Havana suffers because of damage in the province of Santiago de Cuba caused by Hurricane Sandy.  Food is in itself the major preoccupation of the Havanan.

The government has forgotten that it is in charge of keeping economic balance in the streets.  Chickpeas no longer circulate, nor beans in general, nor are there any state markets.

Nevertheless private individuals are those who have beans; black, red, kidney or white, garbanzos and lentils. But the unaffordable prices have risen, for example: The black bean, the one most eaten, costs 18 pesos a pound from 12 pesos that it used to cost and the price from the state is 8 pesos a pound.

We Havanans are at the disposal of the Santiago people, let there be not the slightest doubt, but our government’s lack of economic knowledge makes every corner of the country feel the crisis as if it were in the same location as the tragedy.

So, who controls the situation, the self-employed or the government?