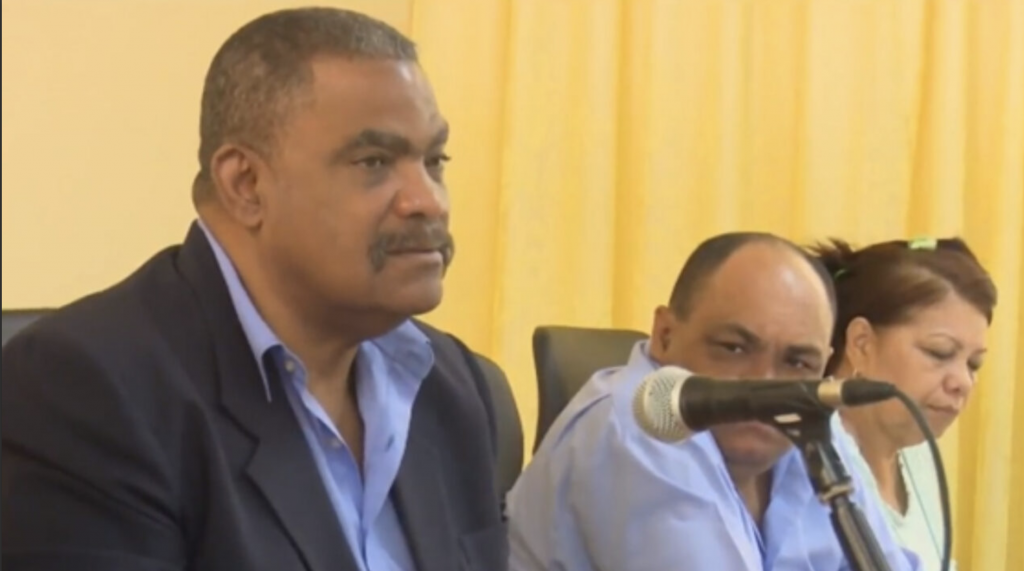 Dimas Castellanos, 1 July 2021 —  To improve the image of Cuban laws — outdated with respect to the international legal system — the Supreme People’s Court (TSP) submitted four preliminary drafts to the National Assembly of People’s Power for approval: Law on the Courts of Justice, Code of Proceedings, Law on Administrative Procedure and Law on Criminal Procedure. According to the president of the TSP, Rubén Remigio Ferro, it is “the most innovative proposal and the one that most intensely impacts the rights and guarantees of citizens vis-à-vis the Administration.”

In the following lines I present three factors that call into question the statement of the president of the TSP: 1- The subordination of the judiciary, 2- The international covenants ,and 3- The reason for the preliminary draft laws

Subordination of the judiciary power

Constitutionalism, the foundation of governance, emerged in history as a necessity to establish limits to power. In Cuba, although it debuted at the beginning of the 19th century, it took shape in the Constitution of the Republic in Arms (Guáimaro (1869), which adopted the type of republican government, deposited sovereignty in the people, endorsed the division of powers and prohibited attacking the freedoms of worship, the press, peaceful assembly, teaching and petition or any other inalienable right of the people. From that root the Mambise constitutions of Jimagüayú (1895) and the Yaya (1897) were nourished.

The 1901 Constitution incorporated the essence and spirit of habeas corpus (a legal institution that requires the detainee to be presented within a certain period of time before the Court, which could order his immediate release), freedom of expression, the rights of assembly and association and freedom of movement. For its part, the 1940 Constitution endorsed the division of public powers, declared punishable any act of prohibition or limitation of the citizen to participate in the political life of the nation and incorporated new instruments that made it a model of democratic legislation for its time throughout the continent.

In 1959, when the 1940 Constitution was replaced by provisional statutes that governed for 17 years (the Basic Law), constitutionalism suffered a setback that was endorsed in the 1976 Constitution: the division of powers, equality before the law, freedom of speech, of press, assembly, association and demonstration. Among other rights, freedoms were subordinated to the Communist Party (PCC), declared the highest governing force of society and the State. Since then, the Judiciary, exercised by the Supreme Court, has never enjoyed independence up to today.

If, as the president of the TSP said, “it’s a proposal that impacts the rights and guarantees of citizens,” why are the pacts — signed by Cuba in 2008 — on Civil and Political Rights, and on Economic, Social and Cultural Rights of the United Nations, which would have a greater impact on citizens, not ratified?

Since the aforementioned covenants “are based on the recognition of the dignity and equal and inalienable rights inherent in all human beings,” the signatory States “commit to respect and guarantee to all individuals who are in their territory and are subject to their jurisdiction, the rights recognized” in them; therefore, once ratified they are mandatory, which requires national legislation to correspond to them.

The reasons for the non-ratification seem to be related to the fact that in 2008, Cuba, in addition to holding the presidency of the Non-Aligned Movement, was elected to the United Nations Human Rights Council (HRC). Failure to sign them constituted a flagrant contradiction with the exercise of such responsibilities. In other words, the signing was the result of a situation, not of a political will for the improvement of human rights.

Why the draft laws?

On three occasions (2009, 2013 and 2018), the Government of Cuba was the subject of the Universal Periodic Review (UPR), which is carried out by the HRC on the members of the United Nations. On all three occasions, along with the recognition of certain advances, the HRC made hundreds of requests and recommendations and urged the island’s authorities to suspend short detentions, harassment and other repressive measures against independent activists and journalists; to reduce government control over the Internet; to allow delegates of the International Committee of the Red Cross to visit Cuban prisons without restrictions; and to ratify the International Covenants signed by Cuba in 2008.

The European Parliament at its plenary session from June 7 to 10, 2021, issued a resolution on human rights in Cuba, in which it condemned the existence of political prisoners, political persecution, acts of harassment and arbitrary detention of dissidents; attacks against artists of the San Isidro Movement, peaceful dissidents, independent journalists, human rights defenders and members of the political opposition; urged the Cuban authorities to release all political prisoners and detainees arbitrarily for exercising freedom of expression and assembly; called for the repeal of laws that violate freedom of expression such as decrees 249 and 370; warned that 199 cases of political prisoners had been registered, in addition to 65 new cases of political imprisonment in the last 12 months.

The European Union, in its “Annual Report on Human Rights and Democracy in the World,” on June 28, recognized that in Cuba “freedom of expression, association and assembly continued to be subject to significant restrictions in 2020, with reports of numerous arbitrary arrests and detentions.” Freedom of movement “suffered new restrictions due to the Covid-19 pandemic, since strict measures to contain the spread of the virus were used against activists.” Freedom of the press was among the ten least free countries. Contempt and the spread of epidemics were used to restrict citizen information on social networks, while several journalists and bloggers were fined under Decree 370. The document referred to restrictions on domestic and foreign travel and measures that prevent individuals from leaving their homes, which amounts to house arrest. It concludes by saying that the Government “doesn’t usually support the recommendations coming from EU member states.”

These requirements and recommendations, previously ignored, in the face of the worsening of the crisis forced the Cuban Government to change the external image without altering its totalitarian nature, which explains that while the draft laws were presented, arbitrary arrests and accusations, abuses and harassment against those who make use of freedom of expression are maintained against members of the San Isidro Movement, of the 27-N and other opponents, journalists and activists.

The solution to the deep crisis in which Cuba is immersed — the worst in its history — calls for putting the legal norms in line with those of the rest of the world and with its own history. The strategy of putting on makeup is the road to disaster.