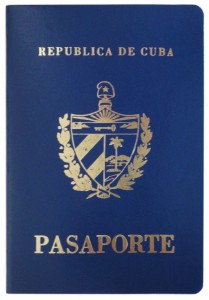 When Norberto (alias) defected from a sports tournament in Canada, the Cuban authorities, as usual, tried to erase him from the collective memory of fans who deliriously cheered his spectacular shots at the basket.

No journalist dared to write his name. Nor tell of his athletic feats. When they tell the history of national basketball, they intentionally mutilate the moments of glory that Norberto gave the sport.

Much later, when he was over 40, Norberto arrived in Havana laden with bags and gifts for family and friends. It wasn’t the first time he’d come.

On one of those trips he “made holy” in the Santeria religion. And on hot Havana nights he sits with a group of friends drinking rum as they talk about sports, women and, of course, the current situation. Although Norberto opposes the form of government of Raul Castro, he is wary of giving political opinions. “You know, my friend, I have my mother here and part of my family,” he justifies himself.

Norberto’s real fear is that the government will check its blacklist and, for desertion from an ’official mission’, he will be denied entry to the country and can not walk the streets of the city and share with his childhood friends.

Other Cubans in exile behave as Norberto does. To hate all the time is not healthy. But to forget the indignities suffered is not advisable. It is synonymous with cowardice, this justification used by some Cubans who annually visit the island and declare themselves ’apolitical’, assuring us that they have no interest in politics.

The country belongs to everyone. Therefore, the authorities do not grant any favors by giving you a visa to visit your country for a couple of weeks. You shouldn’t have to ask for what is a natural right.

The immigration issue is a subject suspended by the Castro brothers. Don’t forget that for a long time the regime hated Cubans who preferred to live in other latitudes, far from the tiresome Revolutionary campaigns.

Remember Camarioca in 1963. Or Mariel in 1980. Shameful chapters of the Revolution, when to show support for their ideas, they verbally lynched people with disgusting words, not to mention volleys of stones and eggs and the label of ’scum’ imposed by an offended Fidel Castro on the thousands of compatriots who decided to leave.

In the immigration offices they would put the initials SOB in their records. It’s hard to think that those same mandarins who detested those who abandoned ship, now have made an examination of conscience and revised their energetic speech, full of resentment toward Cuban migrants.

If Fidel Castro, 34 years ago, gave way to the council and family reunification with that Dialogue 1978, it was mainly for economic reasons. Almost two billion dollars in cash and thousands in little items and phone calls, is not negligible for an economy that has spent decades treading water.

But, like every autocracy, the authorities claim the right to decide which Cubans living abroad can enter the island. They do not care who oppose the system, as long as they do so quietly and anonymously.

It is estimated between 30,000 and 70,000 Cubans are on a blacklist. They are those who openly and publicly criticize the regime from the nations where they live. Dissidents, intellectuals and journalists who have written texts that expose the innards of an almost scientific repression and who opening express dissenting opinions.

The government classifies the ’worms’ (disaffected) in three categories. The good and meek, who generously spend thousands of dollars on their families. And only at home with their relatives, do they quietly criticize the state of affairs. Those do not bother them. After all, in Cuba, a silent majority speaks evil of the Castros.

Then come the most precious. The “Revolutionary worms” living in the United States, They are very useful to Castro propaganda. For from the heart of the ’empire’ they support the regime’s policies, go to rallies in support of the five spies and even have breakfast or dinner with representatives of the government when they come to visit Cuba.

Many of these ’worms’ in olive green will participate in the First National Meeting of Cuban Residents in United States of America, scheduled to be held this coming April 28 in Havana. Among these may be the occasional dissenter, but in essence, they are in favor of ending the embargo, approving the update of the economic model and calling for the freedom of the spies imprisoned in the U.S..

The third group of ’worms’ is marked with iron and fire by the official spokesmen. They are the ’counterrevolutionaries’, labeled as ’Miami Mafia’ or ’CIA’, among which are web managers and bloggers on Cuban issues who wield their pen like a whip. Those can never return. And they can’t even dream of being buried in the land of their birth.

It is time that the Cuban diaspora oppose the categories created by the regime to divide the migration. It’s lawful that Cubans living in other nations have their own opinions, even pro-Castro. But it is reprehensible that they separate out those who peacefully oppose them.

As long as only the “Revolutionary worms” (the “respectful” as the organizers of this meeting call them), can discuss certain topics — and not the hottest — the meetings in Havana will be a joke. When we want to talk seriously about Cuban emigration, we must have all two million compatriots living abroad. Whatever they think.