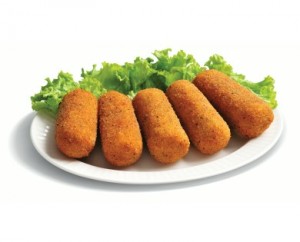 Some years ago, when the Politburo headed by General Raul Castro was studying alternative ways to apply reforms capable of reactivating the moribund island economy, Marino Murillo, fattened ex-colonel converted to the “czar of transformations” said that Cuba was gambling by using unproven methods in its transformations. It is not bad to think for yourself.

The only thing that the proposal from the same group pompously in power for five decades has demonstrated is the failure of its management. I do not call into question the capability of Cuban economists and technocrats. Although their pioneering theories have never resulted or drawn attention in western academies or on a jury for the Nobel Prize, audacity and experimentation are preferable to the habitual inertia in closed and totalitarian systems.

Something had to be done. The economy had fallen by some35% of GDP, if we compare it with 1989. After crossing a desert, where the mission was to survive, with thousands of people desiring to emigrate, sparse and very bad food, 12-hour power outages and factories turned into museums of idle machinery, Fidel Castro applied some of the advice that Carlos Solchaga — sent urgently by the Spanish president Felipe Gonzalez in order to advise tepid reforms on the island — whispered in his ear.

The patches permitted opening some individual work initiatives and pockets of mixed economy. It was a stream of oxygen. Always with a lone scowling commander watching the car’s advance. When in Caracas there appeared a loquacious anti-Yankee skydiver, declaimer of poems and singer of Venezuelan dance tunes, Fidel Castro understood that the era of facing those insolent gringos was back.

With high taxes, he locked and blocked the work on his own account. He no longer needed that legion of “hucksters.” People who demonstrated that they could live better without the shelter of the State. While the licenses of the self-employed expired, Castro I resumed the discourse of Father State, he unsheathed the saber and anti-imperialist oratory. Thanks to the Venezuelan Santa Claus there was light.

The bearded one was thinking big. Economic alliances with Latin American insurgents that only worked in theory, energetic plans for revolution and discussions about the properties of chocolate bars and baby cereal. Suddenly he got sick. Cuba is like a family farm: after me, my brother. Decided beforehand, it fell to Raul Castro to administer. So it was.

Castro II has his rules. He knows that in order to govern a long time or to cede the dynasty to a son, relative or other trusted person, he needed to ignite the economic plan. He had to make changes.

When one decides to make economic reforms, one must make them. For one overwhelming reason: if the parallel utopia keeps living on news loaded with optimism, inflated macro-economic figures and cheap nationalism, the citizenry might lose fear and furiously explode on the streets.

The General’s theory resumes the popular refrain of “full belly, content heart.” For the official technocrats, the Cuban is happy with rum, women, reggaeton and hot food in the pot, as if we were modern slaves.

With enough food and options for making money, the crowd would ignore that “foolishness about human rights” and not demand democracy or a multi-party system. That is why the sacred premise of Raul Castro is “beans are more important than cannons.”

The native reforms suffer from authentic reformers. It’s the same breed. Another weak point is the incompleteness of those reforms. Except for the authorization to buy or sell a home, where an owner has the right to do what he wants with his property, the other hyped liberalizations have flaws. It is like a house over a swamp.

When Castro II gave the green light for Cubans to have mobile telephones, he wanted to demonstrate that the regime was “democratic.” And he did away with “tourism apartheid” when he permitted citizens to lodge in hotels. On eliminating the two prohibitions, it was discovered that under the command of Fidel Castro we had been third class citizens.

The Lease Law of the land has suffered several amendments in four years. At the beginning land was rented for only ten years and the peasant had no right to construct his home on the parcel. Later it was corrected. I ask myself if it would not have been more viable to start from the beginning with the option of renting the land for 99 years and license to raise a house.

So it happens with the sale of cars. One can buy an old American car 40 or 50 years of age or a ramshackle car from the Soviet era. Now in order to get oneat an agency requires permission from the State. It would be simpler if anyone, money in hand, could buy a new car. It would end price speculation and the framework of corruption that has been created around the sale of cars.

Immigration reform also has deficiencies. To have to pay for a passport in foreign currency is an anomaly. And an absurd law that the regime grants itself, by maintaining a blacklist of professionals, athletes and dissidents.

Another big problem, not approached by the General’s reforms, is the double currency. It has been talked about and debated, but the first thing that should have been done is to implement a single currency. Cuban workers pay the equivalent of 52 pesos for a liter of oil, 235 pesos for a kilo of Gouda cheese and from 360 to 1,200 pesos for a pair of jeans. And they may only earn an average salary of 450 pesos. The honorable worker, who does not steal on the job, lives the worst.

The government says that in order to raise salaries productivity must increase. But the workers think that for so little money, it is not worth the effort to labor with quality and efficacy. A vicious cycle that the regime has not learned or wanted to cut. In four years of reforms and six of Raul Castro’s government, ostensible improvements in the country are unseen. Cafes and trinkets have increased. More than 380 thousand people work on their own account and do not depend on the State to raise their quality of life. That is something good.

But an integrated economy is not built selling bread and cakes. In great measure, the government is to blame for the high prices of many products,by not creating a wholesale market intended for private work and maintaining quotas of 80% of agricultural production that a farmer must sell at laughable prices to the State.

In 2006, when Castro II was designated President, a pizza cost 7 pesos, now the cheapest costs 12. A haircut was worth 10 pesos, now it is worth 20. The list is long. In this rainy fall of 2012, the price of each article and service is higher. Salaries have stayed the same for six years.

There is a crunch in the pockets. The segment of the population that receives hard currency can keep paying for food and products of a certain quality. But their money continues to lose value. 100 dollars in 2004 are worth 60 currently. Due to the 13% state tax on the dollar and the rising prices, currency in the hands of those who receive remittances has devalued.

Nor do people have much confidence in the reform managers. They are the same ones who in one way or another brought the country to the edge of the precipice. Cuba needs reforms. Serious, urgent and profound reforms. According to Mart Laar, who was prime minister of Estonia and was at the head of structural reforms in the ’90’s, the simpler the reforms, the more successful they will be. Laar points out that in politics there is only one sure thing: sooner or later you will be out of power. If fear of reforming deeply is too great, you will leave sooner. And most importantly, you will be out without have done anything.

These are not hollow words. Estonia is one of the nations that took a giant leap, from a communist economy adrift to a functional national project. Another case is Taiwan, where their own citizens initiated changes knowing that they would lose power. Now they have returned it to the government with a fresh start.

It is good think for yourself. But also you should learn from those nations that have triumphed in their reform processes. It is worth it to take account of experience. And logic.