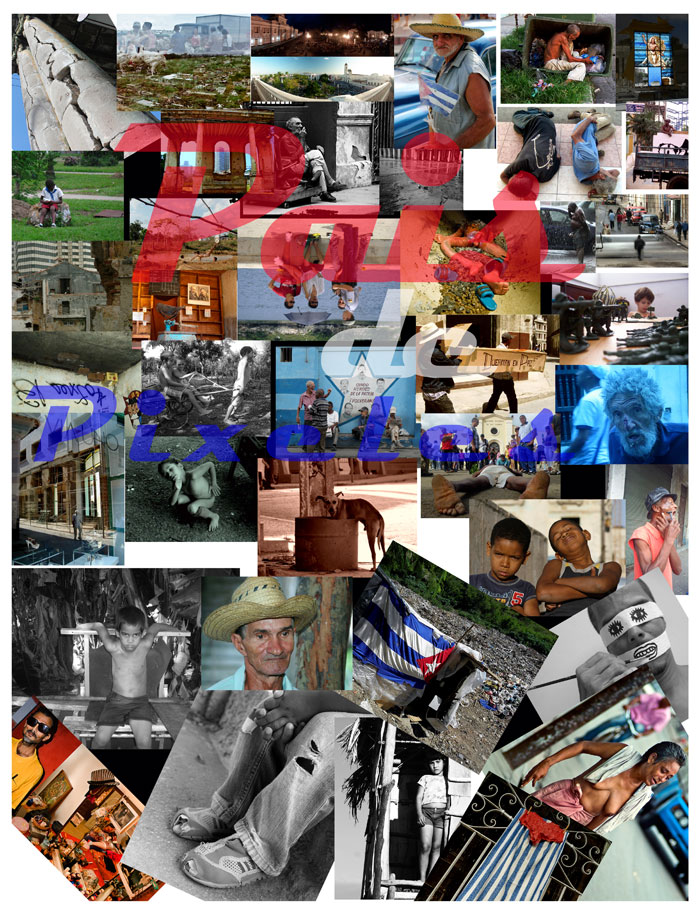 On the evening of Saturday, February 4, at the headquarters of the State of Sats audiovisual project (number 4606 1st Street between 46 and 60, Miramar, Havana), the Country of Pixels Exhibition was held, promoted via the Internet since early 2011 by Cuban Voices blogger platform.

“Thank you for everything, we can’t remain indifferent before the pixels that an impossible country, little by little made possible,” the writer and photographer Orlando Luis Pardo Lazo told the audience. Orlando organized the exhibition for which his virtual site received hundreds of comments on the photos displayed.

A Country of Pixels brought hundreds of photos from amateurs and professionals of Havana and other cities of the island, at ten per author. Also participating as guests were Cubans living in the United States, Mexico, Spain, etc..

From 700 images chosen previously, the jury chose 40 that were mounted and displayed to the public, which voted for the Popularity Award, which went to the work number 18 (Bodega), by Jorge Luis Perez, who expressed his gratitude.

The jury, chaired by Saili Borrero, presented the awards and mentions, provided by anonymous donors emerging community, contacted through the Internet. The mentions went to:

The Awards went to: