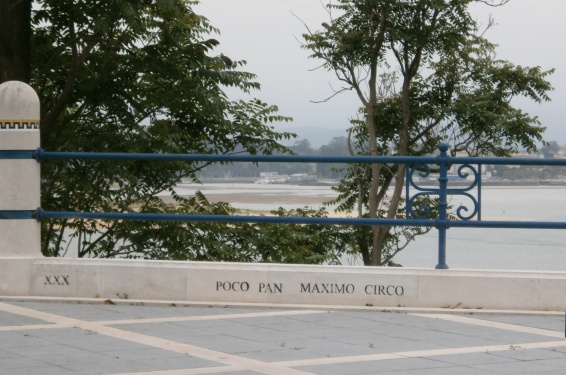 Just a few months ago the films on the TV seemed to me to always be about protestors. I saw keys of complicity where ideological purity led the charge. I remember a feature film taken from the correspondence of Dalton Trumbo. I was very impressed by the affinities between McCarthyism and our current situation. Another film was about the last days of Franco, another strongly metaphorical of 1984. Someone else thought as I did and it was very evident.

Currently the Saturday movies are a few clunkers, goofy things like Tanda del Domingo, Sara Montiel and Maria Felix triumphing on the small screen; you have to search to find entertaining movies on TV, so to see Km Ki Duk or David Lynch I go to the ICAIC, where I enjoy the big screen and the surround sound. The TV is an evil box which the forgers of the New Man are terrified of, seeing as they have to play the lead.

But let’s not exaggerate. The availability of moves, there are hundreds of vendors selling pirated discs: series, entertainment programs, music, the baseball World Series, whatever you ask for. And there are illegal connections to satellite TV. People on the street are more capable of discussing what happened on Esta noche tonight than on the Mesa Redonda. The man who calls himself “The Most Cultured Mad in the World” [Fidel Castro] is a fan of imported television, even that of dubious quality. These are his models and aspirations. What are you going to do? The people are distracted while the government… the government?