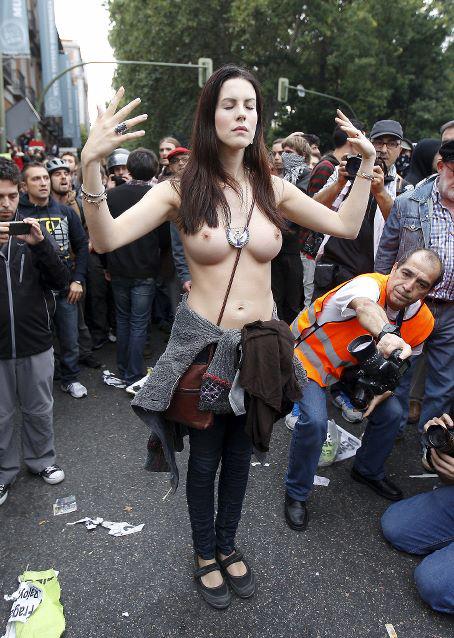 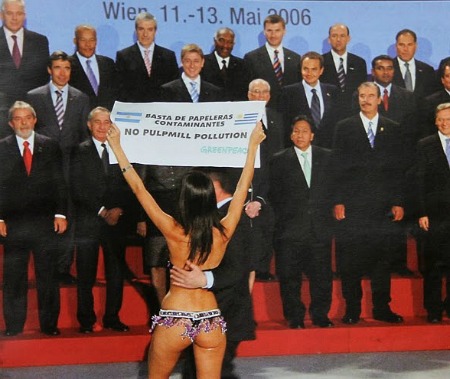 Carlos Lage isn’t laughing because it would be cruel to ask a man condemned to death (when the picture was taken he only had months left in his high position). Although he was at the beginning, of course, in those decades when he traveled in camouflage on a military plane.

He was killed in his engineer’s hardhat or behind his desk. He died of being shot on the 8:00 pm newscast, handing out or taking little bags with soap at the end of the month. Culturally and civilly dead, acting blindly and barely accumulating things in secret, as in all public offices in Cuba since 1959 or 1902 or 1492.

He was dead, and what’s worse, without a body, because the body in communism is always a source of hostilities and should be abolished. Dead and further than ever from our “man before the European Community to star in the Transition.”

A European would have known to laugh and inhabit his own body: Lage, no. A European would have understood that a protest in living flesh is also a feast for the senses; Lage, no. Hence, the constitutional Cubanness of our now ousted politician. Hence his weakness and his despotism with the new generations of Cubans who literally we shit (preferably, we ejaculate) over both the suit and the uniform incapable of articulating even a fake smile (it is the rictus of the executioner who kills a Nobel Peace Prize Candidate just the same as a Major General).

I’m sure Lage thought about what his bosses the Castros would say if they saw him less austere, more relaxed in the photo, almost tolerating the right of citizens to scream nude right in front of presidents. In fact, Carlos Lage was frightened. Perhaps he sensed that the super-model there was pulling out an anti-Cuban Revolution poster (and he was right: every spontaneous or campaign poster, anywhere in the world, is against the Cuban Revolution).

It’s sad. Half a century without touching, without warming up (or worse, trying, but hypocritically, given the certainty that the State Security cameras would be recording, every muscle every death rattle).

Cuba doesn’t have Cubans who serve beyond their prudish wrecks. Cuba does not have bodies. It doesn’t have tits or ass neatly displayed in public, like faith that we have survived the barbarism of the holocaust. Cuba is not in Europe. Cuba just has perverse little heads, desire on the Island is the realm of violence and possession. The freedom to explode the body outside has been supplanted by the punishment of the corpse, by the stigmatization of prison, by the phobia of the neighbor. Our communism is apocryphal (as are all in practice), a word pronounced by no one. Worse still, pronounced by millions of no ones (our real names only emerge in a State Security file, awaiting the moment of annihilation).

Cuban men and woman listening to me (this column is heard, not read), I have had enough. I want to leave. Be other people. To be real, not associable with this cloaked race and its serious distorted faces, whose bald spots are synonyms of tortured lives. I can no longer tolerate being your contemporary (democracy is not saved from indecency). We don’t deserve a future together. Right now we should be committing suicide from family boredom, like the Revolucionosaurus in the European photo. We would have to submit ourselves to a Pajama Plan* until Cuba scorches the remains of the heart with which I am on the verge of hating you, of hurting me, of bartering my body in combat.

Look, better I leave. Forget my live voice, of this imagination so intolerably vital. And, please, if it wouldn’t be too much to ask, erase yourself too, in time.

Until Europe returns laughter to us.

*Translator’s note: Ousted officials in Cuba are said to be on the “pajama plan.”