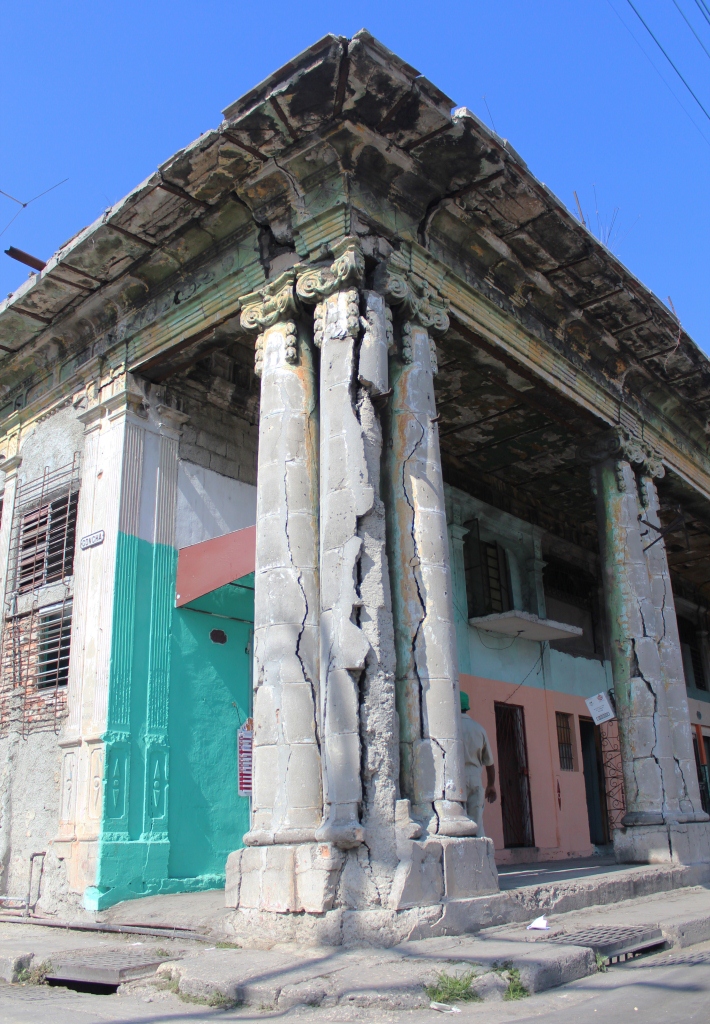 I do not know if it’s hyperbole when I say that Havana is on the verge of collapse. Definitely we are facing the most serious problem in this country, because although food and transport, for example, are serious problems and no one disputes it, if we unlocked the dominoes, they could be solved in the short or medium term.

However this is far from the case with housing, which will require an entire multimillion-dollar strategic deployment and long-term investment if we want to rebuild this country. The issue of housing has become the chief bane of millions of Cubans. The tragic collapse in Havana of an occupied building on the evening of Tuesday, January 17, on Infanta, between Salud and Zanja, leaving four dead and five severely injured to a degree not specified in the official report, brings the issue once again to the fore.

As a result of ill-structured policy for decades between the government, the Ministry of Construction, the Institute for Housing, and the Industry of Construction Materials, a considerable part of the buildings in Havana have evolved into a disastrous state. While the rest of the country is in a very similar situation, it is more evident in the capital given the high population density. It only takes a walk through the city to realize the existence of thousands of buildings over a century old — crumbling and inhabited! — which have not have the luxury of receiving a coat of paint, nor the slightest maintenance work for more than 50 years.

Of course, these collapses do not usually occur in the quiet residential neighborhoods which eventually accommodate the “higher ups” — senior leaders, the gold-braid generals, the ministers and deputy ministers, successful managers, artists of show business stardom and all of a very select list of et ceteras. These disasters always happen in the neighborhoods of the forgotten, those who live too occupied counting every penny to consider undertaking repairs that are outrageously expensive.

Walking through the slums of Havana and other Cuban cities can be to pass through all the possible ranges of degrees of poverty, as raw and brutal as you would find in any favela in Brazil or in the hills of Caracas’s poorest. But entering descriptions that illustrate such a drama poses a challenge for which I recognize I am incapable. Beyond preventive measures that could have been taken, it’s only a miracle that similar disasters have not occurred more frequently.

While this situation went on and inch by inch the the foundation and support beams at Infanta and Salud gave way, abusive pricing policies that the Cuban government subjects its people to, allowed the Ministry of Finance and Prices to set, last year, $ 120.00 Cuban pesos as the price for a bag of cement, $ 250.00 Cuban pesos for one cubic meter of sand, and a single brick at $ 7.00 Cuban pesos; products they claim are sold “freely” when the average monthly wage here is around $ 400.00 Cuban pesos = $ 16.00 Cuban convertible pesos = $ 14.00 U.S. dollars.

Now everyone laments, but instead of worrying fruitlessly, they should concern themselves with concrete cases as serious as those that illustrate this post. A site at Ave. Cristina (formerly known as Ave. de Mexico, which marks the boundary between the Havana municipalities of Cerro and Habana Viega) between San Francisco y Callejón de Concha, a building covering an entire city block is in a most dangerous state of disrepair since its old structure was shaken to the ground by the explosion of the Coubre in 1962. Dozens of families still live in it. There are similar cases all over Havana. It would be better if the that words titled this post, mere warning signs, never become black heralds sent by death. 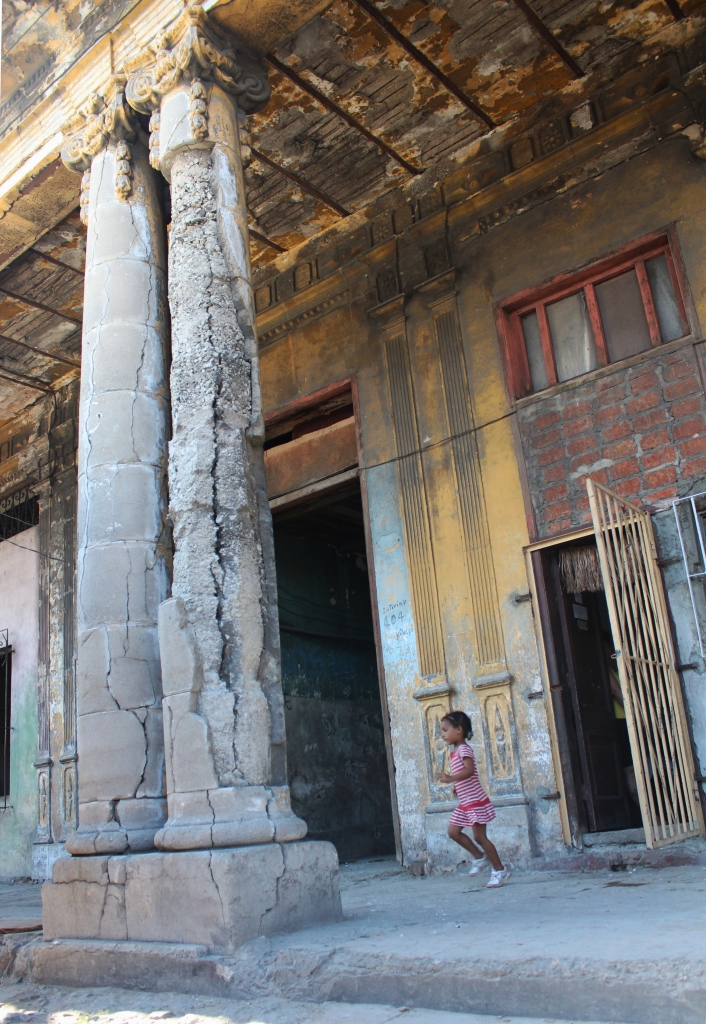