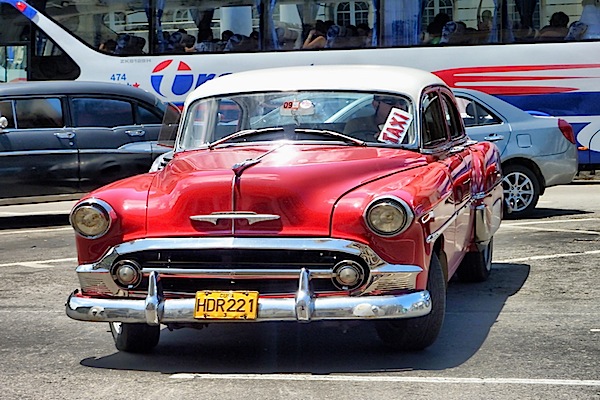 Cubanet, Camilo Ernesto Olivera Peidro, Havana, 2 January 2015 — Apropos of the imminent reestablishment of relations between Cuba and the US, General Motors (GM) recently expressed interest in exploring the possibility of doing business on the Island. Perhaps they see it as a promising market to sell parts and pieces for the cars that this automotive super-company produced during the 1940s and ‘50s.

As the old-timers tell it, US car manufacturers would test their products in Cuba, assessing whether the cars could withstand the harsh conditions of our tropical climate. American cars of such makes as Cadillac, Buick, Chevrolet, Pontiac, Chrysler, Dodge, Plymouth, Packard and Ford, rolled around – and continue rolling today – throughout the cities and towns of the Island.

Although the US and Cuba broke diplomatic relations in January, 1961, there had been no new vehicles or replacement parts entering the Island directly from the North for at least a year prior.

A half-century later, American-made autos are vital to the transport of passengers on the Island. In the US, they are “classic cars,” high-priced collectors’ items. In Cuba, they are called almendrones.*

Agustín Godínez bought his first car, a ’55 Chevrolet, in 1970. In 2002 he acquired a Dodge. For years, only those vehicles that arrived in Cuba before 1960 could be bought and sold via a transfer of ownership outside State control. That was until recently.

“The American cars have continued rolling along, thanks to the inventiveness of our mechanics and machinists,” Agustín explained. “These fellows retool parts harvested from other cars. American cars can function with parts from the Soviet Volga, made in the ‘60s and ‘70s. They also work with parts from the Chaika (GAZ-M13), manufactured by the Russians in the ‘50s and ‘60s, which copied elements from the American autos Mercury, Chrysler and Dodge.”

Godínez added another crucial fact, regarding the resistance of these cars to the ravages of a tropical and salty climate. “During that period the bodies of these cars were made of heavy steel which included lead amalgam,” Godínez explained. “On top of that, you had the proper paint and maintenance.”

Today They Are Taxis, Yesterday They Were “ANCHAR”

In the second half of the 1970s, the Ministry of Transport created an association of private taxis. It admitted for membership only drivers of cars manufactured prior to 1959.

ANCHAR (National Association of Transport Drivers and Vehicles) guaranteed fuel at low cost. It also ran a store that stocked parts and pieces for those cars. The establishment was located in the capital suburb of Mónaco. The association regulated the fares charged by the carriers: basically, 50 centavos [based on the Cuban peso – CUP] per passenger, or up to 5 Cuban pesos per party, to travel to any point in the city.

In the 1980s, a trip to Guanabo Beach from the Havana train terminal would cost up to 2 pesos per person. The vehicles were identifiable by their orange-and-black paint jobs.

What Does a Classic Car Cost in Cuba?

Currently, the private buying and selling of these cars is conducted in CUC [Cuban convertible peso], a national currency equivalent to the US dollar. The value of the autos depends on the model, year, and condition. For example, a Chevrolet from the late ‘50s could cost the buyer, at minimum, 7,000 CUC. At the exchange rate of 1 CUC for 24 CUP, this would be 168,000 Cuban pesos CUP.

At this moment it is unknown whether the Cuban government plans to declare as “heritage assets” the classic cars that exist in Cuba.

They stand out to any visitor: the streets of Cuba are a veritable rolling museum. One can spot specimens ranging as diverse as a Ford from 1929 and a 1950s Chevrolet, to the miniscule Polski, nicknamed “the little Pole.” The latter was copied from a model patented by Fiat, as well as the Soviet Lada Niva.

Since 1990 there have been no massive imports to the Island of parts and pieces for Eastern European-made autos. Even so, the Moskvich, and also the Lada models 1600, 2107, and Samara, are still circulating.

At the halfway point between East and West, 50 years are summarized in this Cuban motorized ajiaco** which has not ceased from rolling up to today. 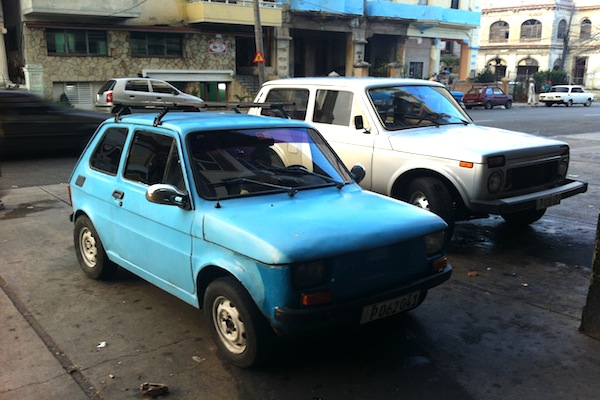 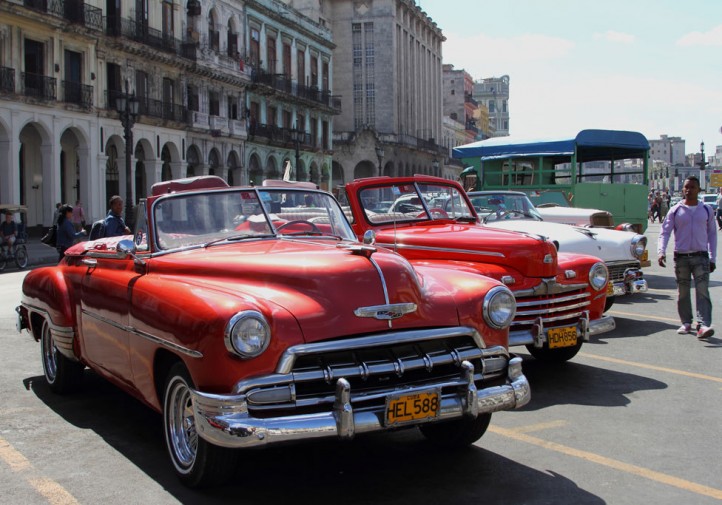 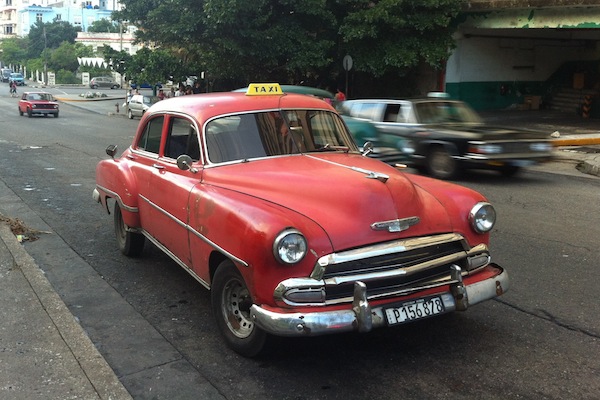 Translator’s Notes:
*The nickname refers to the almond shape of these antique cars.
**Ajiaco is a traditional Cuban stew. The term is often used to convey great diversity or miscellany – similar to the idiomatic use in the US of the term, “pot pourri.”