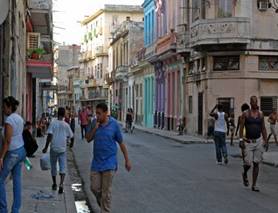 It is good that the President, although not part of his core responsibilities and somewhat belatedly, has spoken publicly about the loss of ethical values and disrespect for morality, problems about which many citizens had been warning, without being heard, for many years. It is also good to have noted the deterioration of moral and civic values such as honesty, decency, shame, decorum, honor and sensitivity to the problems of others as well as to have come to the conclusion that we have regressed in citizen culture and civics and that we are a society increasingly schooled, but not necessarily more educated.

Although in his statement he did not discuss the many causes that have provoked this terrible situation, preferring to blame the so-called Special Period, ignoring that material misery generates moral misery, that man thinks as he lives, and you can not demand of a population that mostly moves in the margins or close to it, not to be more or less marginal, or not to steal from the State when it steals from them with low wages, the dual currency and the high prices they must pay for services and products.

The balance of the above is positive, especially when it calls for the establishment of a climate of order, discipline and exigency in Cuban society and states that can not become one more campaign. Aware of our extremism, I hope that this call does not become a call for a new witch hunt, and that they take appropriate measures to avoid it.

From all of the above, the reference to the reversal in citizen culture and civics is of great importance. Our Apostle, José Martí, spoke of the need “to be educated to be free.”A society cannot be  truly free if it is not educated, regardless of all the instruction its citizens receive. It’s a truth as big as a temple.

Nor can a free society function without the daily practice of citizenship, which includes, among many things, both the performance of duties as well as the exercise of rights, in full harmony. I think the president, who confessed having meditated a great deal about all this, is aware of the real extent of his plans and their application in practice shows it.