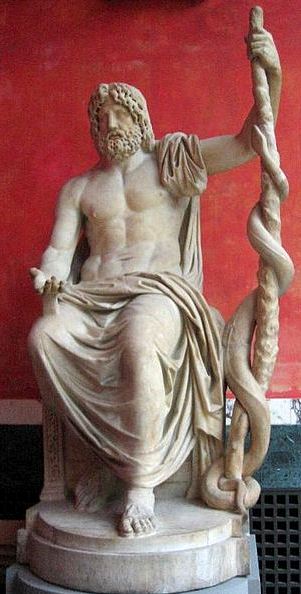 Translator’s note: Asclepius is the ancient Greek god of Healing and Medicine

If you are moderately well-informed you know that we 11 million Cubans living in Cuba are subject to a ban on free travel abroad. In this case it’s not about a personal decision, but requires that you be invariably authorized by an arm of the Ministry of the Interior with discretionary power to say yes or not to your “permission to leave”; a privilege that becomes the stuff of blackmail, with perks awarded to those who remain “quiet” and refusals as punishment for the irreverent, to set an example to others. This general prohibition is contained in the Ministry of Public Health (MINSAP) Resolution 54, specifically designed for those who work in Public Health, and which presents a bleak picture.

But returning to our mental exercise, here we have our thoughtful doctor who is forbidden to travel abroad, who can’t support his family on his evanescent salary, who can’t go to work in another better paid sector because the Resolution prohibits it, with a purely decorative Union that bows to the orders of the Administration and the Party, through which he can’t channel any solution to these basic problems, nor will it acknowledge his starvation wages, nor the terrible conditions of hygiene and good, coupled with the lack of resources and medications which, save in happy exceptions, he passes his medical shifts in our polyclinics and hospitals; shifts for which our doctor, incidentally, does not receive even a penny.

Then our thoughtful physician has only one way out, and resignedly chooses the only door left open; he applies to be part of some medical mission that our supportive government sustains in some dozens of countries. He just has to fill out the rigorous documents, and spend a few months or years, and then our doctor leaves his office or hospital to care for the poor of the world.

I believe in human solidarity like I believe in the light of the sun, but in life you have the discern the luster of gold from the shine of the mirrors. When a doctor, dentist or other Cuban health professional leaves to work on a foreign mission, regardless of any moral valuation, he does it under indisputable circumstances. This worker, until now deprived of a decent wage, will from this moment forward receive 300 or 400 dollars a month, while his family in Cuba – which under no circumstances Is allowed to accompany him — will receive his full wages in Cuban pesos along with 50 convertible pesos every month.

Although under certain circumstances it can come to more depending on the destination country, it will never exceed 15% to 20% of what the host country is paying Cuba for his services. This is an estimate, as this information is practically inaccessible, but it’s true that around 80% of what our doctor generates in his contracted wages — not taking into account extras for additional tests, radiology studies, etc., which are generously covered — goes directly to the coffers of the Cuban state to be administered by human functionaries.

Meanwhile, the Cuban health workers abroad receive a wage that in many cases is less than the legal minimum wage for a native of the country they are working in. When the worker returns to Cuba on completing his mission, he is once again subject like any good Cuban to the travel ban. Any professional that abandons his mission is invariably treated like a traitor, and is never permitted to enter Cuba again and will not be able to see his children grow up; he will not even be authorized to come in the case of an illness or death of a loved one.

Now let’s look at a revealing fact: over the last decade contracting for medical services has brought the Cuban government tens of billions of dollars, and has become the country’s largest source of export earnings. The selfless medical missions which our government exports to the world’s poor, in the last decade, have generated between five and eight billion dollar annually; tourism is a distant second at two billion. This number accounts for the export of services only; our professionals in the pharmaceutical and biotechnology industries are third in line, surpassed only by the nickel industry and the petroleum products.

Note, first, the enormous economic dividend this implies, and secondly the obvious, and no less important, political benefit, that makes our leaders smell like Messiahs and garners votes for them in international forums. Add to that, thirdly, the escape valve it provides for the mood of the worker, who knows if he waits patiently for a mission abroad he can multiply his salary by 20 to 40 times during the two or three years, on condition he remain silent.

For the protestors, the outlaws, they will never join this mass of internationalists who now amount to about half of our practicing physicians who, clearly, resent the quality of medical care offered to the Cuban population.

Every human society is a complex system of relationships that require adjustments in their mechanisms and which should reward personal effort, because this will encourage respect for the value of honest labor. In this system, each one should have a well-defined place. While it is the role of the doctor to safeguard health and human life, that of the senior leaders of this country should be to guarantee the strategic design of a balanced and functional society and this, without a doubt, they have not managed to accomplish after 50 years of projects and conferences.

Not only did they fail in their design, but they did so resoundingly. The apologists talk about “free” education and health, but without attempting to complain of the sun for its spots, I suggest that this is relative, because the money they don’t charge me at school or at the hospital, bleeds from my fingers in the hard-currency stores with their absurd policy of extremely abusive prices, where things are marked up 500% or 1000% over their wholesale price.  Also, to guarantee an education and people’s health is not a gesture of goodwill, but an obligation of the State. We mustn’t forget that over his whole life a worker salary is cut by 33% to guarantee his Social Security. This gloomy subject is rarely spoken of in my country.

I have clean hands and I like to play it straight, so someone who’s playing a game can save the lectures on patriotism. I believe the necessary Revolution of 1959 was right and authentic, but I can’t applaud what it has condemned us to, because if there is no respect for the rights of man, there is nothing left to defend.

I am with the Revolution, but will never resign myself to its errors, nor with the acts of demagogues and opportunists. I am a doctor, a Cuban, I live in the real and difficult Cuba, not in the TV newscasts and I do not wish to emigrate. I graduated in 1994, and since 1998 have had a specialty in General Medicine. I was a third-year Resident in Internal Medicine until April 2006 when, in my last year, I was suspended from the study of this specialty and then disqualified from the practice of medicine in Cuba, for an indefinite time in October 2006, along with a colleague, Dr. Rodolfo Martinez Vigoa.

The ancestral intolerance to which we were already accustomed made the powers-that-be react as if we had thrown a Molotov cocktail. Terrified by that tiny consensus, they did what they do best: put down by force and show of dissent. They never responded, they were unscrupulous and brutal. The details of this injustice are fully known by all the relevant central agencies including the Attorney General’s Office, without anyone doing anything to fix it.

I am one more among tens of thousands of Cuban doctors who live every day under this outrageous reality. I live under a government that deprived me of the right to exercise my profession for political considerations, that systematically censored my opinions, that took away my right to travel freely, that doesn’t respect my right to receive information first hand and that denies me 21st century Internet access, all of which give an idea of how retrograde they are when topic is man’s right to think freely.

The government that commits this flagrant violation of the rights of millions of Cubans now occupies no less than the Vice Presidency of the Human Rights Council of the UN. If you had the patience to read this far, you already have a rough vision of what our professionals in Public Health experience. If you belong to the group of apologists or those with clenched fist, know that this is the Cuba that you applaud or condemn so fervently as your conscience dictates.