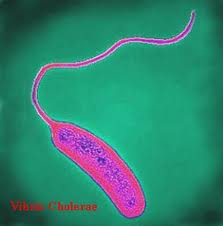 The outbreak of cholera in Cuba is increasing, and the capital could have 10 cases. Still, the official media have not commented about it.

A source from the Capri polyclinic says there was a meeting in his workplace to learn that in the province — Ciudad Habana — there are 10 cases of cholera in the Covadonga hospital, located in the Havana municipality of Cerro.

The outbreak started in Granma province in the municipality of Manzanillo. The government quickly suspended trips to Granma, the affected province, and didn’t publicize the news until the death of three elderly people, justifying their death by the deterioration of health they had due to their advanced age.

Because of the delayed public alert by the mass media, citizens from Havana traveled to Granma province. Suspending the trips on the part of the government was not sufficient, because not all Cubans going to the eastern provinces always use that type of transport. Some neighbor or family member with their own transport can go see their family in the country and save money that way. Also, the crisis in the water supply to homes could have provoked the outbreak now that the water tends to go bad since it’s stagnant for several days.

If the official press were more immediate, the lack of knowledge on the part of citizens would have been avoided, and thus fatalities would occur with less frequency.