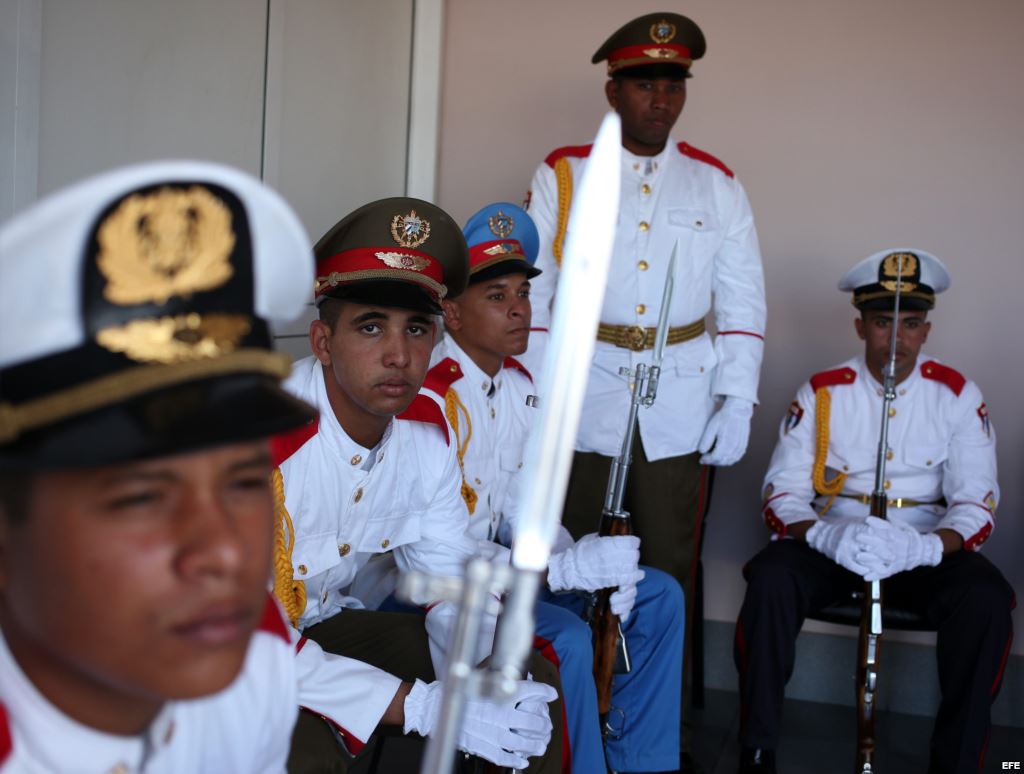 Without doubt, the pro tem presidency of the largest of the Antilles at CELAC, has been significant in achieving influential goals, to the benefit of Cuba, going well beyond the scope of commercial and diplomatic considerations.

Not even the Cuban Foreign Minister Bruno Rodriguez Parilla himself could accept anything other than that this alliance of Latin American and Caribbean countries represents the common regional aspirations.

What’s strange is that there are gathered there serious regional political managers, famous practitioners in the art and folklore of politicking, psychedelic gurus, dictators disguised as democrats and angry favourites, a rare mixture.

During the weekend, the vice Ministers of Foreign Relations of each country, worked, or put on a show, of arriving at a consensus on the documents to be approved at the summit, among them the Declaration of Havana and the action plan for the organisation in 2014. For today, Monday, to be discussed by the Foreign Ministers and then to be signed by the Heads of State and Government which, like skilled dancers are now arriving in Havana. And, as added value, among other things, to show support for a government which says it is in a genuine period of change. To be more exact, “transformation of its economic model”.

A document which — according to what we were briefed on by Mr. Abelardo Moreno, who this time is functioning as National Coordinator on the Cuban side and vice minister of Foreign Relations — is enigmatic and manipulative in shape, more so than the famous Bardo Thodol (Tibetan Book of the Dead), because it describes as a zone of peace a part of the planet where there is no liberty.

Although, taking into account that this Comunidad de Estados Latinoamericanos y Caribeños (CELAC) is no more than a strategic grouping created in the middle of a changing international environment, the report is pretty well predictable.

The final document, after a ceremony, will agree to establish a forum of cooperation between China and CELAC which will serve to strengthen and institutionalise the relations between the Asian country and this kind of iconic structure put together by a group of different nations which, in order to demonstrate a monolithic unity as a strategic zonal partner, are inviting to the meeting the Secretary General of the OAS (Organisation of American States)   and the Secretary General of the United Nations.

Just by chance? No, The government of the island has an excellent talent for sending us its message with absolute subtlety and a total lack of merit. Anybody with half a brain and a frontal lobe is able to recall that the Panamanian president, Ricardo Martinelli, announced publicly that he would not come to the CELAC summit in Havana to make clear his unhappiness with the government for its handling of the matter of the North Korean ship Chong Cho Gang, detained in Panama, transporting Cuban arms to North Korea without declaring it, thus violating the resolution prohibiting this issued by the United Nations itself.

Now, does the name Ban Ki-moon sound familiar? Obviously. There springs to mind the excellent advice my grandmother gave me when I was a child; “Truffles can turn an ordinary dish into a culinary delicacy.”