14ymedio, Havana, 27 March 2015 – The new Cuban blog platform, Reflejos, has decided to close the 14ymedio blog for “repeatedly publishing content that does not conform to the objectives with which the platform was created,” according to an email sent this Friday by the administrators.

The daily is accused of “failing to meet [the site’s] the conditions of use” with no other details. Nevertheless, when it was launched March 18, Kirenia Fagundo Garcia, a consultant on Reflejos, explained that there were no “restrictions as far as topics addressed on the blogs and users interested in the service.”

The blog opened by this daily on the digital platform was designed to bring its contents to Cuban readers since our site has been blocked on the Island’s servers since its creation in May of 2014.

During the few days in which it was active, the blog published a varied group of texts that ranged from culture to recipes to opinion columns. Neither verbal violence nor personal attacks were used, and the majority of commenters were internet users very interested in the topics that the posts covered.

The 14ymedio blog has been the object of many criticisms by bloggers associated with the Cuban government. At the beginning of this week, the official site for CubaSí news lamented the presence of “mercenaries in service of the US” on Reflejos. The writer of the article, M. H. Lagarde, accused 14ymedio in wrathful terms of having “contaminated” the platform with “counter-revolutionary propaganda.”

The digital platform is part of the Cuba Va project of the Computer and Electronic Youth Club. Set up on the free content manager WordPress, it has several technological deficiencies such as slow operation, low storage capacity (barely 250 megabytes per blog) and problems with the image upload tool. Nevertheless, in spite of these technical difficulties, we had managed to create a functional “mirror” of 14ymedio, on a service that calls itself Reflejos (Reflections) and that was announced from the beginning as a space for the blogs of the Cuban family. 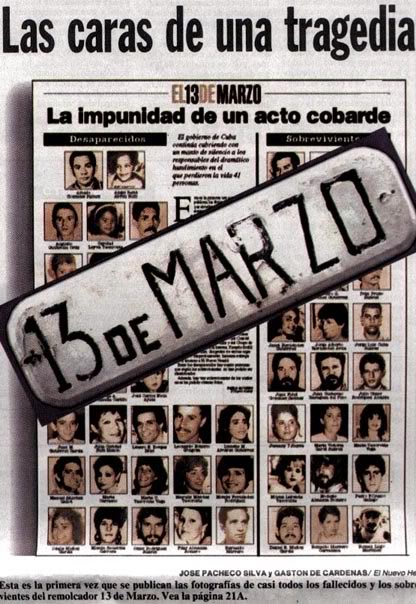 A friend from Spain sent me a package in the mail, on July 6th, containing medicines, two cell phones, one for myself and the other one for another person, with their corresponding chargers, three flash drives, and some office supplies.

The package arrived in less than fifteen days. When I was notified of its arrival, I went to pick it up to the Ministry of Communications facilities. At the moment that the package was handed to me, the employee noticed that outside of the box protected by a transparent plastic from the TransVal Company, was a loose cell phone battery. After we opened it up to look at its content, we saw that the two cell phones declared on the original invoice were missing. Only the batteries were left (botched robbery) whose models corresponded to the different brands, and the empty box of one of them.

The box arrived with an expected note saying: Unfortunately your shipment arrived at our services with damages to its packaging.

I immediately went to make my claim to the Technical Department of the Postal Zone Six for Services to the Population. There, they also charged me $25.00 pesos. I don’t know if that was because of my mismanagement or what.

It is assumed that the mail is inviolable, and especially when the contents have been declared to the pertinent authorities. How is it possible that accidentally all packages, including mail, even a simple magazine from a foreign university, get here damaged, and come along with the obviously expected note?

Right there, an employee, very kindly, informed me that if I wanted to, I could go to Calle 100 and Boyeros, where all the packages arrive before they are processed by the Ministry of Communications, but the problem was that they did not serve the public there. This seemed a joke to me, but the woman told me this very seriously.

I decided to write a letter, to explain this story with every detail, and send it to the Juventud Rebelde (Rebel Youth) Newspaper, which has a section called Acknowledgment of Receipt, where they use to receive and publish this type of complaint. What turns out to be ridiculous and deplorable is the botch of the robbery.