14ymedio, Mario Penton, Miami, 21 January 2017 — The editor of the magazine Convivencia (Coexistence), the economist Karina Galvez, is still being held incommunicado 24 hours after a spectacular police raid on her home in Pinar del Río.

Gálvez is accused of tax evasion, something that the editorial team of the Coexistence Study Center precluded in a press release.

“Karina has no business, nor is she self-employed in her work, nor does she work for the Cuban state,” says the letter signed by the team of the first think tank in the western part of the island. END_OF_DOCUMENT_TOKEN_TO_BE_REPLACED

The members of Convivencia explain that the accusation refers to the sale of Galvez’s home: “All the transactions carried out in 2014 are in order and all corresponding tax payments have been made.”

According to the note, the detainee is being advised by the team of lawyers of the International Legal Consultancy in Pinar del Río.

Karins Gálvez’s house is sealed and friends and relatives are prohibited from entering. According to the official who identified herself as Major Odalys, the house is “occupied” and Galvez will be held incommunicado for seven days, after which she may receive a visit to give her personal cleanliness supplies.

“They have not taken anything from the house, what they have done is pasted on the doors and the garage papers handwritten in ink,” Yoandy Izquierdo, a member of the editorial team ‘Coexistence’, told 14ymedio.

According to Izquierdo, after a week, police and state security officials will determine whether they will impose “a precautionary measure, bail or imprisonment.”

The break-in of Galvez’s house came within a few hours of the inauguration of the new interior minister, Julio César Gandarilla, who exercises command of the National Revolutionary Police and State Security forces.

Dagoberto Valdés Hernández, director of the Coexistence Study Center, has highlighted the increase in repressive actions against the center, which has no political affiliation.

“This is part of the harassment that the Study Center has been suffering intensely for months. I was warned that life would be more difficult for us and we are not in a time of maintaining alternative positions,” Valdes said in a telephone conversation with 14ymedio.

“What they have done to Karina Gálvez is a clear violation of human rights and it seems to concern the production of thought for the future of the country, when precisely what we Cubans need sit down around the table and discuss how we can solve the serious problems our nation is experiencing,” he added.

On Christmas Eve, Galvez had been summoned to the Department of Immigration and Immigration (DIE) where she was questioned about her travels outside Cuba.

Valdés himself underwent an intense interrogation last October when she was told that her academic activity represented a danger.

On November 25, State Security banned a meeting of the Center that was intended to address the issue of culture and education in the future of Cuba.

“The repressive wave grows and spreads like we have never seen. We are very worried and we want to make a warning call,” said Valdés. 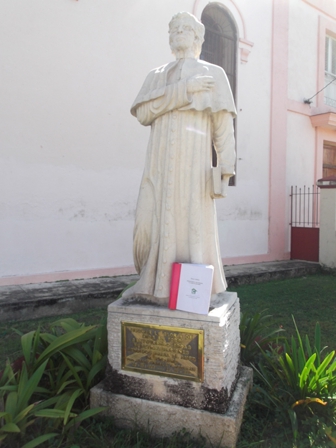