14ymedio, Manuel Calvo, Santiago de Cuba, 5 May 2021 – Parents of students who do not transcribe the content of teleclasses that are taught on television due to the pandemic will face a fine of up to 2,500 pesos. “Teachers have the duty to go to the homes and review the notebooks. The family of the student who has not written the content will be reprimanded,” an official of the Ministry of Education in Santiago de Cuba confirms to 14ymedio.

The measure, which is already in force throughout the province, seeks to encourage greater discipline among students when it comes to attending and systematizing the knowledge that is taught through these television broadcasts. “We realized that many children were not following the classes, they were not doing the tasks they were directed to do, and all that with the consent of their parents,” explains the directive.

“At least once a week the teacher has to check that the student has copied the content, and he or she can do it by visiting the home or by asking for a photo of the pages of the notebook with the copied material,” he adds. “If the teacher sees delays or deficiencies, he or she must inform the school management so that the police can be notified.” END_OF_DOCUMENT_TOKEN_TO_BE_REPLACED

The information has been confirmed by several teachers who teach at the primary, secondary and pre-university levels in the province. “They brought us together to tell us that we should report on delinquent students who do not copy the classes, but I am a mother myself and I know the difficulties people are having at home to get children to pay attention to the television, so I warned every one of the parents of the new measure before reporting any of them,” says Maité, a Spanish teacher.

“I told them to catch up with the classes and that if they had to copy it themselves they should not stop doing it because the teachers are not the only ones who are going to supervise. Education methodologists and commissions created just for that who are above us they will also visit some homes,” she adds.

In the neighborhood of San Agustín, where the supervision process has already begun, Dayana Espinosa has updated the notebooks of her two children. “I had to do it on the run but luckily they warned me in advance in a WhatsApp thread where several mothers are,” she explains. “They even handed me all the texts that I had to transcribe before the inspectors arrived.”

“In the end, this is more workload for the family when we are already quite overwhelmed with the situation of the children at home all day, because many of those classes are boring and there is no way to make the kids spend all that time time in front of the screen taking notes. If we don’t write it ourselves, then the fine is a certainty.”

In Cuba, the first closure of schools was decreed at the end of March 2020 as a result of the arrival of the Covid pandemic that has now left 62,206 infections and 373 deaths. Since then, classes have been temporarily restored in several provinces, but with the current upsurge in the disease they have been suspended again. The authorities have developed a teaching program through television to alleviate the problem of closed schools.

“The teacher is irreplaceable,” Eugenio González Pérez, Vice Minister of Education, recently told the official press, insisting on the importance of watching teleclasses “as a complement.” However, the concern of parents increases as this alternative to school lengthens in time, especially due to how unattractive the students find it.

Since last March 15, a “new grid” began in the programming of the Educational Channel, which includes the subjects that were not being taught until now. The broadcasts are directed to all the provinces and municipalities in the phase of limited  transmission, except Pinar del Río, which has its own program.

Among the new subjects that are already being transmitted are Geography, sixth grade; English, from third to sixth; History, seventh and eighth; and Chemistry, Physics, and Biology, in twelfth grade.

“My son has the notebooks up to date but it is only to avoid the fine. Already a neighbor of ours was verbally admonished and warned that the next time she will have to pay 2,500 pesos, so I prefer not to get into trouble,” Espinosa tells 14ymedio. “Nobody wants to risk it.” 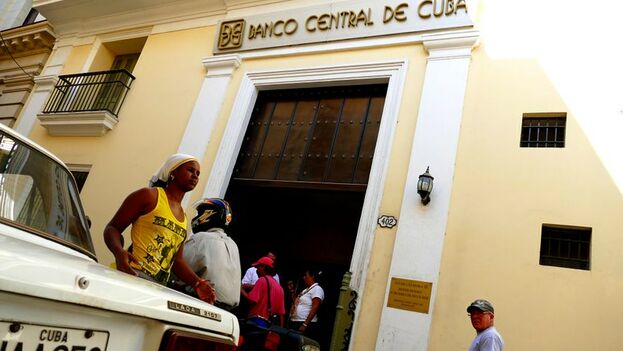 In July, the United Evangelical Lutheran Synod Church in Cuba received resources from the Evangelical Lutheran Church in America (ELCA) to finance a humanitarian project, to address the situation created by Covid-19. With this help, the congregation was able to punctually deliver pork and medicines purchased at the city’s international pharmacy, and also to distribute money directly to 300 families. END_OF_DOCUMENT_TOKEN_TO_BE_REPLACED