14ymedio, Julio Aleaga Pesant, Havana, 8 May 2020 — The patients and their companions were surprised. A beautiful caravan of 16 new blue buses, from the company Ómnibus Nacionales, passed festively at full speed in front of them, led by two police motorcycles that facilitated their passage. The public admired the semi-empty buses, amid the economic restrictions exacerbated by the pandemic.

The spell was broken when the social worker at the Calixto García hospital, a robust black woman in her 30s, wearing a white coat, beige lycra and a facemask, ran out of the hospital entrance to University Street with her hands up, trying to stop the caravan that descended vertiginously in search of the avenue of the Presidents.

The faces of the patients and their companions contracted and a unanimous scream came from those 20 throats. Nooo! They could not believe it. The buses that needed to pick them up and take them to their destination provinces had just passed and they would have to wait more than 48 hours to have that opportunity again. END_OF_DOCUMENT_TOKEN_TO_BE_REPLACED

It all started a month earlier, when no one suspected that interprovincial transport would be suspended. Víctor Manuel, a diabetic patient, had to be admitted to the emergency room and operated on. His left leg was amputated. An older adult, he lives alone, in tenement with high ceilings and a collective bathroom in Central Havana. Now he needs assistance, that’s why one of his sisters, who lives in Bayamo, came to accompany him in his misfortune.

After four weeks and careful attention by hospital professionals, he was released, but Víctor Manuel would have to move to the east of the country with his sister. In order to solve the situation, the family member contacted the social worker, with the receipt of a travel letter, prepared by the patient’s GP, filed in the central archive and with the approval of the hospital director, she would make the reservation for two.

When the isolation of the provinces and the suspension of interprovincial public transport were decreed, many stranded travelers decided to pull strings with the hospital social workers and, needless to say, they offered villas and castles in order to board the next bus to their destination.

They were not alone in their endeavor. According to social workers consulted by 14ymedio, the police officers who were confronting the public at the National Bus Terminal in Havana, suggested that frustrated travelers go to the hospitals and try to “resolve” their travel, that is offer a  bribe.

However the unfortunate travelers, some because of the summary trials and personal attacks in the media on alleged corruption and hoarders, and others out of dignity and honesty, had to resort to the most elaborate island tricks to reach their destination.

After being abandoned by the buses, the social worker understood that she had three tasks ahead of her. First, calm the outraged patients and their companions. Second, contact the command post of the Ministry of Transport. Third, according to the response from the carriers, guarantee that the problem would be solved, or discourage the would-be travelers so forcefully that those affected understood that there was no possible way out or possibility of solving the problem at that time.

Victor Manuel seemed to be in the group of the most understanding and, from his wheelchair, optimistically awaited the return of the transport.

The command post, callous and apathetic, passed sentence: “The bus left, what a shame. Return the patients to the next departure within 48 hours.”

Did the person think beyond the mobile phone earpiece all the structure to be removed? Did he imagine the social worker facing the fired sick and their companions? Did he calculate the cost per bed occupied and medical treatment for patients, in addition to food? All at the expense of the public purse.

And what about the cost for the companion. He managed to abstract himself, become the command post, to understand how a suitcase is unpacked, where there are wheelchairs, buckets, fans, bedding and other unfathomable belongings that patients and their companions take to hospitals. Why couldn’t the caravan retrace its steps? What was the human and economic cost of the extravagant decision not to collect the sick and their companions? All those questions will remain unanswered.

Víctor Manuel retraced his steps and thanked the social worker calling her by name, while she wrote down her phone number in case a new opportunity presented itself. He cursed under his breath and left  pushing the wheelchair, while the sister, as old as he, carried the rest.

14ymedio, Havana, 12 February 2018 — Cuban authorities refused to allow six activists to travel to Argentina to participate in a workshop on “electoral process,” according to information provided to 14ymedio this Sunday by Julio Aleaga, member of the independent platform Candidates for Change (CxC).

“There were ten activists planning to travel to Argentina this weekend, but only four were able to do so, with no information about why some were allowed to go and others were not. There were two forms of repression: some were informed at José Martí Airport that they were prohibited from leaving because of ‘national security’ interests, and others were stopped before they arrived” at the terminal, Aleaga said. END_OF_DOCUMENT_TOKEN_TO_BE_REPLACED

The activists are member of different organizations including CxC, Independent and Democractic Cuba, and the #Otro18 [Another 2018].

“Neither Midiaysis Marrero nor Niurka Carmona were allowed to board the flight to Buenos Aires, Niurka was arrested at the airport on Saturday and told that she was barred from leaving due to matters of national security,” Aleaga said.

The opponent Juan Antonio Madrazo Luna was also prevented from boarding the flight and, according to what he told this newspaper, also prevented from leaving were María Mercedes Benítez (from #Otro18), José Ramón Polo (from Dialog Roundtable), and a third person not yet identified.

According to Madrazo, a police patrol car stopped the taxi in which he was heading to the airport and he was taken by officers of the National Revolutionary Police to the 10th of October Police Station. Madrazo explains that once there they asked him many questions about an alleged relationship with the opposition platform ‘Cuba Decides’, since that movement’s “propaganda had appeared” in Havana’s Vedado neighborhood.

Among the four activists who managed to travel are Juan Moreno, lawyer Amado Calixto (both from CxC) and independent candidate Aimara Peña, resident in Las Tozas, Sancti Spíritus.

Restrictions imposed on activists by the authorities with the objective of preventing them from participating in events outside the Island have increased significantly in the last year.

Along with the arbitrary arrests, threats and confiscation of the equipment and supplies they use to carry out their work, refusal to allow them to leave the country is part of the government’s repressive measures, according to reports gathered by independent organizations such as the Cuban Commission for Human Rights and National Reconciliation.

Since the Government of Raul Castro approved the travel and immigration reform measures of January 2013, the presence of Cuban human rights activists in international meetings and forums has been notable. But at present there are many opponents who have been arbitrarily prevented from being able to accept the invitations to attend these events.

Police kidnappings of activists on their way to the airport, exit “regulations” imposed, legal cases that prevent the activist from leaving the country, and threats of reprisals if he or she “misbehaves” abroad, are some of the pressures denounced by the activists. 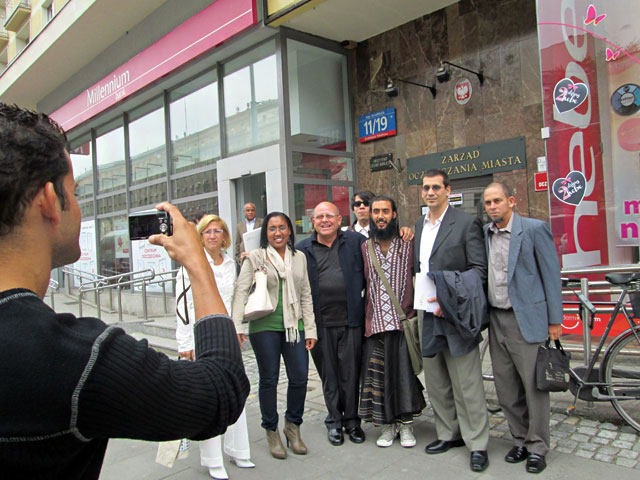 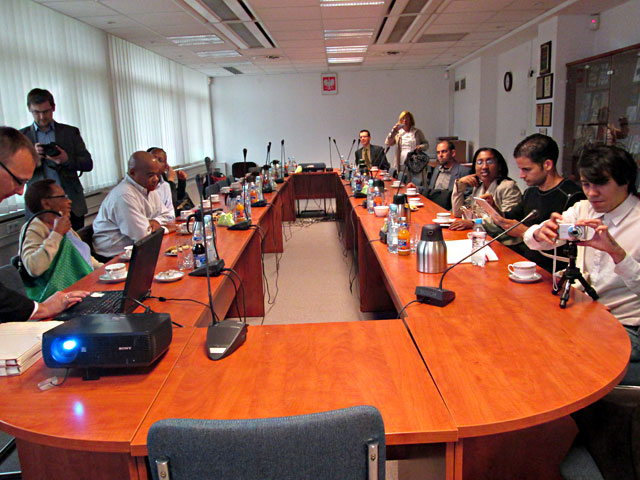