In Cuba there are company directors but no CEOs as such. A CEO is always ready to listen to (and not just hear) his legal advisor as well as his financial advisor. They are considered both the left and right arms of the entrepreneur.

I am also of the opinion that in our country there really is no such thing as what might be called institutionality (as one might hope for in a state with the rule of law). If everyone does whatever he thinks best or what he feels like doing, what would our Apostle* say in the face of such irresponsibility, such disrespect, such indolence and complacency? Call it what you will, all this has a common denominator – contempt and disobedience.

The bureaucracy, far from being eradicated, it setting down roots like the marabou weed. In the same way that globalization is the playing field of capitalism, kicking things back and forth is what we do in socialism. END_OF_DOCUMENT_TOKEN_TO_BE_REPLACED

A CEO is free to make decisions, though not without first conferring with his management team. He listens, evaluates and makes projections based on the information provided by his advisors and specialists. He knows all too well that not doing so might inevitably lead to a costly error that could threaten the future of the company. It is rare that one of his advisors or specialists would, at the point the contract is about to be signed, express reservations after everything has been thoroughly discussed. It is appropriate to address the rights and obligations being contracted, but it is not the norm in a business setting for this entrepreneur to preside over every meeting or negotiation since he knows he must allow each person to play his or her role in the business’ operation.

The Cuban CEO is very limited in his responsibilities, even though he is recognized as a legal entity in charge of his own assets. This is a fiction, however, since he is subordinate to the decisions of his superiors. In board of directors meetings — which could more aptly described as the director’s meeting — the opinions, assessments and considerations offered by specialists are not taken into account. For example, a financial advisor might point out that company X has not paid its bill, which is long overdue. The legal advisor would then discuss the need to begin legal proceedings immediately. The director would then respond that the company or branch could not be sued because the higher-ups would not allow it.

The economic and financial situation of the company is of no significance. What matters it the the opinion of those higher up.

There has been much talk about institutionality and institutionalization. But does anyone believe in this? Is anyone even even aware of it? To whom is it directed? How to put a stop to all the disregard, the damage, the impunity? From childhood we have been taught that the law begins at home. At this stage our house is our country, a country governed by law, a law that no one respects or simply interprets as he pleases. It is rare not to encounter violation after violation of the law on a daily basis. There are violations of contracts, violations of accounts payable and accounts receivable, violations of city ordinances, price and weight violations, violations in general and of the rules that govern the country, the nation and the rights of the people.

As a people we enjoy a high level of education, but the same cannot be said for the level of legal awareness. In this regard we are a third world country. We are a legally illiterate country. Or we are defenseless and helpless before the law. What hope do we have if courts and prosecutors do not play the roles for which they were created? There are situations that have been reported and broadcast in our news media, but they go unheeded. They exist only as ink on paper or in the surrounding ether. In the press one can read about Sentence no. 1322, handed down by the People’s Supreme Court on October 31, 2011, which found in favor of the plaintiff. However, as of this year, 2012, the sentence has not been carried out. If this is what we call respect, then to hell with institutionality!

If education and respect begin in the cradle, then where will education and respect for the law be born? Benito Juárez declared that “peace means respect for foreign laws.” And with good reason we might ask ourselves: Can we live in peace if our own laws are not respected? Is it true or false that extraterritorial laws subvert our peace? Why are our own nation’s laws subverted in full view and through the apathy of all of us. 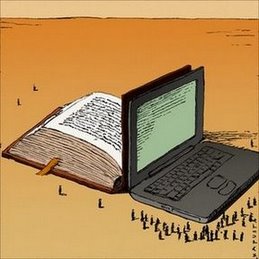 The Bible is a great book, maybe many people have it in their homes, and from time to time they read it, trying to teach themselves, without really moving on from just reading it. It is clear that they need someone who knows about it, who can explain the teaching which it contains.

A law, a decree, a resolution, or whatever legal instrument, is of no use in our hands, if we don’t have someone who can guide us, explain the contents in a reasoned manner, who can teach us every precept and help us understand the scope of its application. Just as with the Bible, legislation has to be preached or taught, and even better, with examples. Disobeying it amounts to sacrilege.

It’s no good if knowledge of the law which applies in our state is reserved exclusively to legal professionals, to those organisations and institutions charged with its development and endorsement, or those who are required to work with it. It becomes more and more necessary, and indispensable, to have at least some knowledge in order to live, live with others, in the Rule of Law in a civil society

The most basic rules for living together, are modified by Law, in accordance with the society in which they are sorted out. It would be wonderful if someone designed them in a spontaneous, honest and disinterested way, teaching the law, bringing it within reach of everybody, without distinction. What great satisfaction he would feel, knowing that he had contributed a grain of sand to add to the spreading and enrichment of the legal culture and the good of the people!

Possibly the conditions for this to occur don’t exist, but the desire to do it is something many people feel. 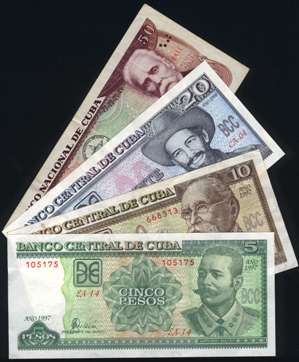