Some time ago, as I began to write a text about my country, I surprised myself with this thought: “… it seems as though a change toward participatory democracy is becoming reality.” That was my inspiration which turned into my written words, but before finishing the text, a friend whom I asked to critique my writing suggested I should eliminate that idea. It was a notorious moment. Although the concept was never devoid of free will, at some point I wanted to convey a very distant but not outlandish hope.  Revisiting after seeing the activities for the 55th anniversary of the Triumph of the Revolution and hearing the speech of the President of the Council of State and Ministers, it is nonsense.

Perhaps the signs that provide guidance to the analysts or the media are not the same that take into account the Cuban people. END_OF_DOCUMENT_TOKEN_TO_BE_REPLACED

In the brief horizon of my country fit the many stories and accountable actors, sins of deed and omission, events as much as processes. But no factor is more impactful as the deterioration of the political system, increasingly less able to represent the national interests, build consensus and make decisions within a reasonable time to be implemented.

A country that each day becomes more ungovernable, even though all the year end data and statistics continue to be the “best” of Latin America, though the trend is worse and ominous.

The growing dissatisfaction of the Cuban people is real. If the government was never good at completing things now it is not even able to start them. The constant creation of experiments is an example of its mediocrity.

Creative politics that stopped being rational with the collapse of socialism in Europe.  The government allows small tactical victories for certain groups at the expense of a colossal strategic defeat for society.

The status quo of our political system is no longer tenable and hurts us all, though many may not realize it yet. It is time to reexamine from its foundation, so we do not leave as inheritance to the next generation this longing for the dream of a developed country, with all and for the good of all. 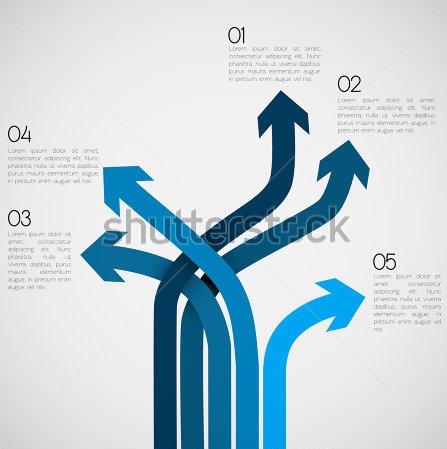 The current environment of small and smaller private Cuban businesses, as we can not speak of medium enterprises, are generally characterized by lack of rights of the owners, higher personal income taxes and sometimes for alleged profits are actually received by the self-employed. END_OF_DOCUMENT_TOKEN_TO_BE_REPLACED

The issue of development in Cuba goes back and forth between dissimilar solutions, between truths and errors, heading toward new labyrinths that contain new and more complex situations difficult to control with a simple decree.

Last year Decrees 305 and 306 were issued in order to establish as a source of law a rule which itself shelters disadvantages with exclusive principles of new forms of non-agricultural cooperatives.

Centralization for approval undermines the facilities they could count on and sets aside the purely local interests for those they will create, considering that they are also municipal and provincial local bodies, and are evaluated by the Standing Committee and Council of Ministers. END_OF_DOCUMENT_TOKEN_TO_BE_REPLACED

There are limitations regarding the hiring of workers which could be up to three months and therefore work and wage instability for those who can not continue working under these conditions, limiting to short cycles the work periods without there being a legal justification for this impediment.

Finally I will suggest that possible criminal situations could arise from not guaranteeing the wholesale market inputs for the activity to cushion the difference between the state and private sectors, greatly exacerbating the competition as an intrinsic form of development of productive relationships.

Many people work in the TRD* chain of shops, subject to what may be called military regulations. A vast number of those workers are unaware of the rights which could help them in the face of possible violations of labor discipline.

How could a process be fair in which, per Resolution 1072 of 2011 which regulates this activity, the person who issues the sanction is the same person who addresses the initial claim?

Setting aside, obviously, the possibility that this person recognizes that he made a mistake in the first place and the affected party gets a favorable response.

Nevertheless, workers who appeal – because they disagree with the outcome – would only have the route of going back to their immediate bosses who disciplined them in the first place, without having the slightest possibility of the judicial system hearing the matter and perhaps resolving it in accordance with the law, which by constitutional mandates would apply to this situation.

It is a process lacking in transparency and impartiality, which has been abolished for many years in the contemporary legal world.  This idea could be tried among the TRD workers in the discussion of the future Workers’ Code in this country and perhaps lay a new foundation for what, on the issue of labor discipline, the military institutions have encouraged, completely alienated from the institutions that administer the law such as the Popular Courts.

*Translator’s note: TRD is the acronym for “Tiendas de Recuperacion de Divisas”; literally “Stores for Recovering Hard Currency.”  These are the stores operated by the State which sell only in hard currency (Cuban Convertible Pesos, or CUC). They are the only source of many basic products available legally nowhere else (as well as luxuries), and are designed to “recover” the cash sent to Cubans as remittances from friends and family abroad, a function clearly stated in the name the State has chosen to give them.