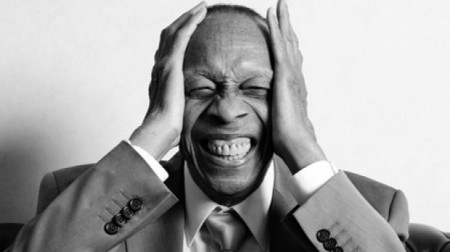 “In life there are loves you can never forget…” says one of the songs recorded by the flamenco singer El Cigala accompanied on piano by Bebo Valdés. A few days ago this man of 94 years died, after more than five decades of not returning to the Island of Cuba. He promised his mother, before leaving in the autumn of 1960, that he would not return to Cuba until “the system” fell. So he spent the rest of his life in exile, mostly in Sweden where he found love and a second home.

The sad history of Bebo is that during his entire time as an émigré, he was erased from the repertoire of Cuban culture in the national media. They tried to remove him for good from the lists of Cuban pianists, although now and again his talent seeped into some clandestine recording or into  a documentary that spread through the alternative information networks. And so it was until the worldwide success of “Lagrimas Negras” – Black Tears – a record the Cuban musical censors could not bury. Tourists started coming to the Island asking to hear the melodies that excellent interpreter had immortalized with his hands.

Despite this, most Cubans today know nothing of Bebo Valdés and when his death was announced last week many looked puzzled trying to recall this six-foot tall man with the prodigious fingers. So something magical happened to Bebo, something already narrated in one of those melodies he played so often. That song that said, “nothing is better than the verse we can’t remember,” and so it has come to refer to him, that musician we can’t remember.