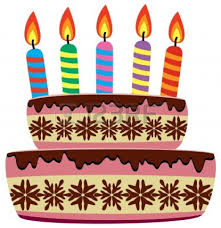 I can’t forget the first time I saw my blog. I’d gone several weeks making posts through friends, but thanks to a web-connection gift card, finally I could feel the vertigo that comes with peering out from the abyss of the internet. The two hours of that memorable connection were consumed by a virtual onanism; I spent them looking at my own blog, …from the outside.

I couldn’t remember my password in my nervousness. Nervousness joined with the feeling of transgressing a very real internet access restriction which in those days was enforced discretionally and arbitrarily. Nervousness, also and above all, for doing something suspect; that stamp in the Cuban psyche that says that what is not expressly authorized must be prohibited.

It is now five years since those experiences. I’ve become, if not a privileged user, at least an able and avid user of the tools of the web. The blog I began with an urgent feeling is today more sedate, but it has granted me two important things. The first, to take myself on as citizen –which to anyone can be inferred, but we are in Cuba– to learn of projects like the Asociación Jurídica Cubana (Cuban Law Association) or the campaign for the signing of UN covenants on basic human rights. The second, to receive invitations for collaboration with online news sites, particularly with BBC, on the subject of Cuba.

Malaletra (Bad Handwriting) has paid the consequences. I post sporadically and I have lost readers. The comments section, once effervescent, now languishes with one or two notes (which I am grateful for and take into account as I did since the first day).

I also have the impression that after the boom of the Cuban blogosphere, the water level has sunk, but these details I leave to the specialists, because the importance that this virtual space has had for freedom of thought and expression (or quite the opposite) will be part of the history of this strange age in which we’ve been thrown.

Five years later, I continue imagining myself before a screen into the future, always ready to supply opinion.

Now I blow out the little candles.