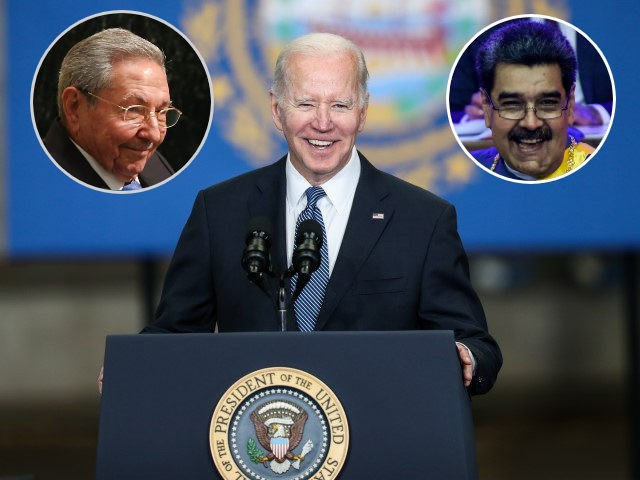 14ymedio, Carlos Alberto Montaner, Miami, 22 May 2022 — What’s going on is very strange. According to an American dictum, one does not change horses in midstream. According to the analysis of Politico – an online portal that is much closer to the Democrats than to the Republicans – the recent announcement of a change in strategy by Joe Biden in his perception of Cuba and Venezuela, means that he is giving up the next election in Florida. Compromising with these two dictatorships means leaving the way clear for the Republicans, as US senator Bob Menéndez and Florida senator Annette Taddeo, both from the Democratic Party, complain.

Something fishy is going on here. The politicians – and Biden is the quintessential “politician” – or the president know something of which we have no idea, perhaps because Juan S. González, the person who manages the foreign policy of the White House in that area of ​​the world, has told him directly. Or perhaps because Biden is going through a stage of dangerous naiveté, unbecoming of a 79-year-old man who has seen the entrails of the authoritarian monster.

Cuba and Venezuela know that they have to move towards democratic change, but there is not the slightest symptom of that. Cuba has just approved a Criminal Code that is infinitely more restrictive than the previous one. The new code increases the “reasons” for which the State can execute people, while keeping in jail hundreds of demonstrators who protested peacefully on July 11, to the tune of the excellent song Patria y Vida (Homeland and Life).

Spain is the model, although each one must do it in its own way. Neither Díaz Canel nor Maduro have to think much about it. Everything starts with a general amnesty. They speak to opposition parties discreetly. An electoral calendar is established, and the chimera of socialism is buried. In fact, it doesn’t work. It never has and never will. If they want to protect the change with a referendum, it is possible to hold one. Society desperately wants to get rid of those chains.

How many people don’t want change? In Spain, which was an orderly nation, unlike Cuba and Venezuela, they were about 15% or 20%, despite the fact that in 1975, the year Franco died, it had a little less than 80% of the GDP of the leading nations in the European Economic Community. In the end, only less than 10% voted against or were against the change. If they dare, those numbers will be confirmed.

Will they dare? I don’t think so. The conditions for change are there, but I don’t think they will. There is the conviction of the most resounding failure. There has been a generational change, because the original leaders have already died – Raúl Castro and Ramiro Valdés are near the end – and those who follow are supporters of change. And if, in some cases, they don’t support change, their wives and children want to change destiny and not remain tied to the ghostly mandate of the dead leaders, nor to the emotional blackmail of “what Fidel Castro would have done.” Nobody knows what he would have done and, even better, almost nobody cares.

What does the support of China or Russia mean? Almost nothing. The only support Cuba has is based on anti-Yankeeism. Neither one nor the other are Marxists. Both systems have abandoned collectivism in favor of private property, although in China they continue to praise Mao. They provide a real lip service, to him and to his Party, hiding all his crazy things. That is why Fidel brought up the Chinese example, but, as far as I know, he died disappointed in both China and Russia, and he didn’t forgive Putin that his first gesture of independence, when he began to reign alone, without the shadow of Boris Yeltsin, was to close the Lourdes base, without prior explanations.

Why don’t they abandon economic collectivism, the one-party system, and make truly democratic reforms? In truth, out of cowardice. For that reason and because they are very comfortable with immobility. I suspect that in eighteen months Joe Biden and Juan S. González will meet again to examine the results of the change in strategy. It will be a moment of reassessment. Nothing will have happened. They will remain paralyzed. There will be, of course, more sanctions. More hostility. And then, back to square one.