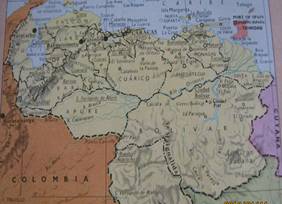 In literature, and in Latin America in particular, the themes of ridicule and the absurd, both individual and collective, are addressed by many authors. The same happens in theater and film. It seems that in our case it is a problem of idiosyncrasy.

Worrying about the health of another person is human and shows sensitivity, be it a family member, a friend, a neighbor or a person of note. However, there is a fine line that should not be crossed, otherwise a just and noble feeling is transformed into the ridiculous and absurd.

Overwhelmed for weeks by accords, concerts, poems, statements, masses, and prayers, where you ask someone powerful, situated in the here or the hereafter, for the health of the foreign president receiving medical treatment in Cuba, goes beyond the known. It would seem that everything there is to see has already been seen, but we must recognize that in these excesses there are no limits.

The mass rally organized in Caracas, in crude imitation of a virtual inauguration of an absent president, with official delegations from some friendly countries, constitutes, in addition to the sublimation of ridiculous, something distinctly Kafkaesque: this is only possible in this great Macondo* that is Latin America.

It seems that in 2013 we expect many similar representations, both of comic theater and the theater of the absurd. Let’s see how long they can keep it on the marquee.