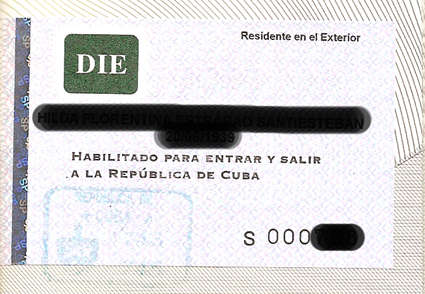 The new housing regulations in force struck down part of the laws that prevented Cuban emigrants from disposing of their homes before leaving the country permanently. But it left in force Law 989 of December 5, 1961, which requires permission to enter and exit, and the confiscation of property for this reason.

Before the recent measures were approved, it was rumored that this law would be removed from the Cuban legal system. However, only the rule that supplemented it was repealed; its application was still permitted.

The National Housing Institute, the Ministry of Justice and the Ministry of the Interior, through Joint Resolution No. 1/2011, repealed the resolution issued August 22, 1995, which made effective the implementation of Law 989/1961, and which was intended to prevent someone from avoiding confiscation and disposal of property before leaving the country.

Why would they leave in effect a law that has lost all meaning? With the new changes the State could confiscate a home if the owners have not disposed of it before emigrating. Nor does it make sense to keep the law, because it imposes on Cubans the need to get permission to enter and exit. The current Immigration Act and its regulations impose and regulate the manner of obtaining such permits.

Nevertheless, rumors continue to spread about the approval of a new immigration law by the end of this year. If that happens, perhaps Law 989/1961 will be expressly repealed. It’s rumored that they might extend the length of stay abroad for two years. Right now Cuban residence is lost after one is absent from the country for 11 months and a day.

The more enthusiastic say that where there’s smoke there’s fire, a popular saying among the islanders. Personally I am not so optimistic. It’s hard for me to believe that the government would give up its control over emigration so easily.

On one thing there is no doubt: Law 989/1961 will pass into disuse. Perhaps it will be repealed tacitly. However, in the Cuban legal system, a law that is not expressly repealed remains in effect. A law that governs by tradition.

The problem is a possible backlash. In 1993, the State, with the coming of the Special Period, allowed the rise of self-employment. In 1997 they began restricting licenses for self-employment, which were eliminated in October 2010 with the new regulations for this sector. Uncertainty refuses to abandon us.

There is also no doubt that the changes that have occurred and those that are rumored to come are good and hoped for by the Cubans. The problem is that their adoption and permanence depend solely on the will of the political class, which is entering into a period of general elections in 2012.

Perhaps it’s nothing more than that, a strategy to increase the level of acceptance of the Communist Party of Cuba among the population. It’s not by chance that it’s happening in the second half of the first term of the head of state and government, and the First Secretary of the only recognized political organization governing the country, Raul Castro Ruz. Maybe it’s a simple coincidence, but I don’t think so.