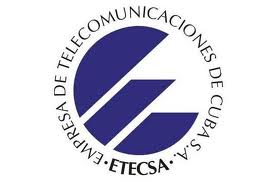 I wanted to cancel the SIM card at the business center, located in Miramar. On arriving I found, as usual, a line of people who reflected the exhaustion of such a long wait for service.

I asked who was last in line and was directed to the door to ask the doorkeeper if it was the same line for canceling service. He told me yes, everything is the same line, I made my own line, went in and went directly to the girl seated in front of the door and said, “To cancel a line,” and she said, “What is your number,” and I told her, “3704322,” she looked at me and said “There are no such cards here, ask the doorkeeper for the hours of the center at 28th between 5th and 7th,” which according to her serves my number, the doorkeeper said it was open until 7:00 PM but it was a little late, without saying anything, very disgusted I went to 28th and met a caravan of people to take out SIM cards they’d lost, demagnatized, etc.

I get there at 5:30 PM, go straight to the doorkeeper at the ETECSA station at 28th and tell him “To cancel a line” and he tells me I don’t have time to do the paperwork because the center closes at 7:30 PM, I tell him, “You think in two hours I won’t get in,” he answers, “Fine, there’s no management of the line, at best you’ll get in,” highly educated, his speech.

The wait was in vain, I couldn’t get in and I’d heard that this place had been chosen to deal with the problems of loss, change in ownership, change of SIM card number, in short, madness.

Two days later I went and managed to remove the SIM card, there weren’t so many people there so it wasn’t such a long wait to do the paperwork. I was relieved to have the cell phone working again and more calmly I was thinking, ETECSA is a profitable business, of this there’s not the slightest doubt. This entity should keep its clients happy and not have such absurd strategies as having only one place for providing service to so many people, and that the damage this situation is causing is important.

But everyone is already infected with the system, psychological and physical abuse is what’s in style in 2012 because there is major growth which wasn’t modeled and they don’t have the resources to deal with what’s at hand.