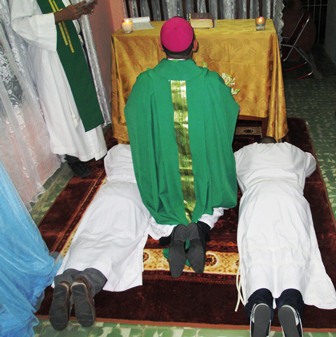 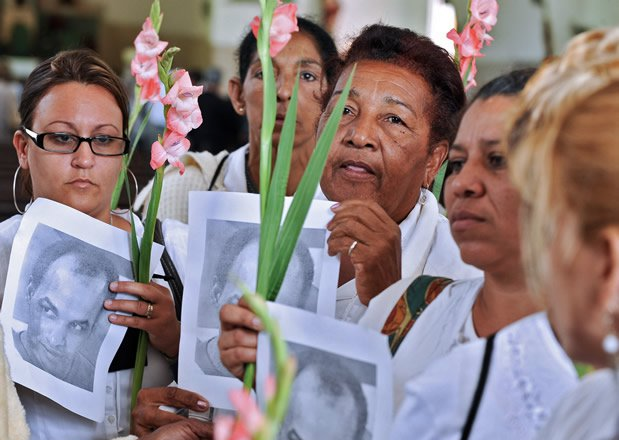 Several days ago I heard from friends  in exiles that a video was posted on a pro-Castro blog in Madrid where they use a recording made about a year ago, or more, several Ladies in White, including some of what they talk about.

It’s not the first time; in 2003 the Cuban TV showed a group of Ladies in White praising and highlighting the prison system and regime in Cuba; in 2005 they showed them in the preparations for the Assembly to Promote a Civil Society in Cuba (APPSC) to denigrate the leaders and organizers and as it was clear that the conversations were manipulated as in this case, it seems very important to start with these memories.

I have decided to tell you this because I need people to understand, especially in the free world, that despite the doctrine this regime has implanted, we are still people who love democracy and it is important to assert the value of freedom of speech. And even if they want to show otherwise by cutting and editing video, the truth always wins in the end. END_OF_DOCUMENT_TOKEN_TO_BE_REPLACED

He asked me various questions regarding their resources and comparing when Laura Pollán was alive and now, and made me think he had already visited the homes of several members because he had a list of their names, marked off.

He made it very clear that he had been involved in the group since its founding and that I wasn’t a part o it. He took out his camera (he wasn’t a professional) incredibly fast and recorded a part of our conversation. I didn’t give it any importance because I said nothing I need to regret, I only answered with the truth, and I think I have every reason to no longer be a part of the Ladies in White but to continue my struggle for the freedom of Cuban doing whatever I and my family decide.

Lately several things have passed through my mind and among them is that its possible that the person in my house was a member of USAID and that his camera and other documents were seized, something that often happens to foreigners passing through customs, or it could be that he was nothing more than an imposter in the service of the repressive Cuban apparatus and that after all this time he is taking the video and trying to create a scandal in the midst of the celebrations around the Ladies in White finally collecting their Sakharov Award from the European Parliament which they were given in honor of their constant confrontation and demands on the regime. I consider this manipulation to be a failure.

For my part I am a free woman and very Democratic, if they tried to do me any harm they failed and they will always fail, I always say the things I feel, my choice will be never to be silent, never to align myself to State Security, so it is more than clear that this is a total manipulation of the repressive apparatus.

So fine, another thing I can say is they I have abandoned my blog for various reasons and this gives me more strength to write and continue onward.Thanks to my friends and brothers who support me and know who I am and how I think, and for those who are disappointed with me I am not someone who has betrayed them and I they will find a friend in me, in my heart there is a great deal of pain, and in my family too much suffering, including trauma to my daughters, who will never allow me to abandon my fight for real freedom and democracy in Cuba.