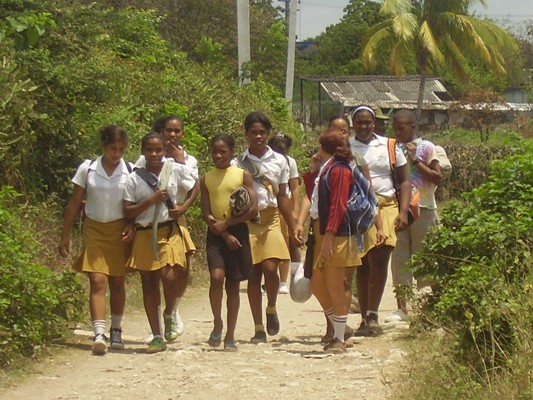 The multi-grade classrooms receive about ten or so students of different ages and from different remote regions where the low population rate does not make the area eligible for the establishment of regular schools. But, at the doors of the new school year, parents of these students from multi-grade classrooms from different regions of San German, in the province of Holguin, are worried because education and governmental officials have announced that they will not be opening these educational centers this year.

Their children are supposed to attend schools which are several kilometers from where they live, in the midst of a terrible transport crisis and with the presence of teachers who lack the appropriate preparation to teach the tens of kids.

For this school year there is talk about other changes in other levels of education. They have mentioned once again opening Schools that Shape Teachers, which had previously disappeared and were later replaced by the schools with “emerging teachers” (that is teenagers with very brief training in education). In addition, they have also already announced the reduction of staff in the municipal offices of education, and many of those professionals must return to the classroom after various years of inactivity in the field.

Just over 20 years ago Fidel Castro predicted that Cuba would become a medical power and also eventually reach an outstanding ranking in educational standards; now a friend of mine who works in the education sector is hesitant about the fact that she must return to the classroom, which she left it behind 20 years ago. She thinks that she has a few days yet to come up with a way to take part in the initiative which the government has proposed to “tackle” the social crisis which plagues us, to which the only response in San German up until now, has been to allow self-employment for barbers and hairdressers.