A voyage to the end of all things. 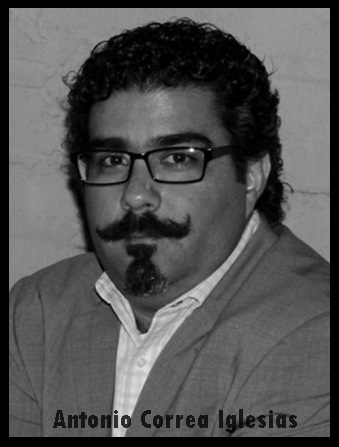 Angustia (Anguish), Amargura (Bitterness) and Soledad (Loneliness) are not only names of Havana streets. They also are discovered feelings that seize and condition that which we call Cuba, the infinite island, which Abilion Estevez and Virgilio Pinera call the fate of being cursed, a portion of earth that floats in the sea, a sea that is the beginning and end of everything, where weightlessness and drifting are forms of keeping afloat.

But the island is also longing and folly, desire and debauchery, hatred for those who have made Cuba a prison of 111,111 square kilometers, as Reinaldo Arenas reminds us in his Leprosorio. The island and its agony accompany us each morning when we prepare coffee, a coffee which reminds us where we came from, and by those smoky silhouettes of a woman we remembered the amazing knitting grandmother who  helped the homesick and the spoiled greet the dawn. How Cuba hurts, and hurts much more when we find in a literary exercise a daily reality like that which Angel Santiesteban Prats describes for us in a clear and visceral voice.

The Summer When God Slept (Neo Club Editions), by Santiesteban Prats, isn’t just one more novel that adds to the already extensive and archetypical denomination of “Cuban literature,” from which many — including the author himself — have been excluded.

The Summer When God Slept coexists in a very special place, once it encounters an unexploitable reality not only from the sociological and political order, but also the esthetic and experiential. A reality that by its “everydayness” passes to being assisted history — many times loaded with “comicality” — but that the author handles with the rigor that he always brings rigged to the traumatic act.

That’s to say that Angel Santiesteban’s novel isn’t only a stark x-ray picture of the Cuban context: It’s above all a blog where hidden desires and frustrations, longings and deceptions exist, trying to expunge the feeling of guilt that gravitates — consciously or unconsciously — over our heads.

The voyage is the driving thread of the narration, a voyage like going and returning, like a Nietzchean return, with an eternal return of the same, an endless spiral like those hallucinations that wake us up in the somersault of dawn and tighten our chests.

The voyage that Angel Santiesteban proposes results in a crossing marked by the curse of incertitude, a voyage like a traumatic passage associated with death, a voyage without the guarantee of a destination. A voyage in which death waits patiently and heteromorphically, cross-dressed in hallucinations, decomposition and the deterioration of the human being.

The decision to escape — the foundation of the voyage — the conviction to leave, a transcendental and definitive action of life, is the plot-line of the novel. However, this voyage drags with itself calamities and dangers narrated as extraordinary experiences, once the characters in the novel embody others who have met death on the trip. The desperation of the traveler brings them to grasp themselves “with their fingers, their fingernails …until they bite the wood, the wind or even my own skin….” Yes, it’s precise.

The author manages to construct the drama of the text, and the exercise is of such magnitude that the reader feels himself teletransported; you are no longer only the one who reads; you appear with them, you are one of them, and like an argonaut (that’s to say, like a hero), you search for the Golden Fleece — in our case, Liberty.

Because the sensation of fleeing has to be earned, the voyage is a process of tearing into shreds your awareness of what you leave and where you are going, although you know nothing of your final destination. The sensation is of abandoning weight like a ballast, like a stone infinitely weighing on your shoulders, since what you leave is who you are. So the sensation of abandon in the characters of the novel confuses itself with the coldness of the night, which always reminds you of death.

Because the flight comes associated with the anguish of saying goodbye, a goodbye that is in the voice that resonates in the depths of your being, the doom of a delirious echo that torments. Because the goodbye is accompanied by a sensation of eternity that weighs down and clouds the consciousness of whoever – mumbling his lyrics — knows that he has no guarantee of return.

So the dream of fleeing the island — a laboratory island of politics, a laboratory where the consequences of the experiment and the human cost aren’t registered (the cost in terms of a future isn’t considered in the statistics) — begins to be a reminiscence until it’s converted, as the author says, into a virus, a virus that has inoculated a whole society and that corrodes, in a slow but at the same time delicate and emphatic form, every portion of you, dawning one day, confused by the continuous evaporation of desires and illusions — now that all the illusions have died, like the song about the Matamoros* — and some other unknown end.

In The Summer When God Slept, nostalgia for the past is a recurring theme, fictional, never political; however, the longing for the past not only invalidates the present for us but also makes the future impossible. For the characters in the novel, to be anchored in the past safeguards the possibility of existence, a life that no longer belongs to them because it lacks a fate, once it’s marked by the calamities and sufferings of a people.

*”Matamoras Banks” is a song by Bruce Springsteen about an illegal immigrant who drowns while crossing the Rio Grande River.