This last 13 September, a Friday, while the Instituto Cervantes de Berlín was presenting my novel “El verano en que Dios dormía” (The Summer God Was Sleeping), the winner of the Czech Republic’s International Franz Kafka Prize of Novels from the Drawer, I was overcome by fever. The dengue fever virus had taken over my body and sapped my strength. 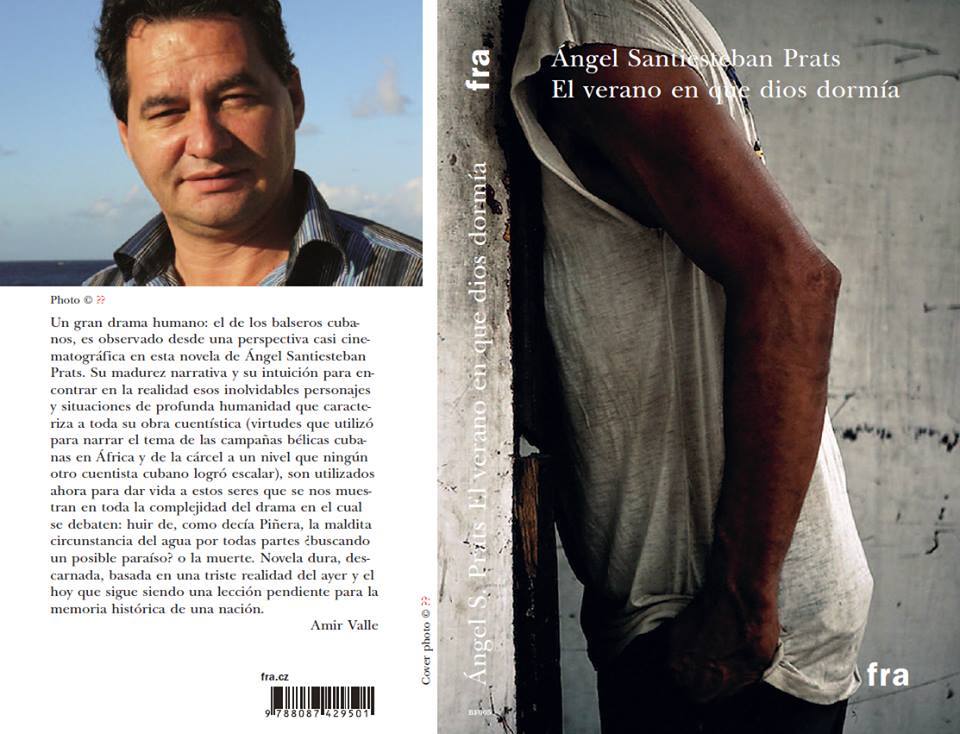 While my strength gave way, my mind, in turn, was concerned with defending, as always, that little space of harmony in which, like an inner island, I live and immerse myself, to protect myself from so much injustice and evil coming from the Communist Government. From that imaginary place, I feed myself and construct the events in that distant and endearing country where my friends and brothers await, and where I was close to those excellent intellectuals — Jorge Luis Arzola, José Miguel Prieto, and Amir Valle — and as a panelist, the German editor, cultural maven and person of immense feelings, the imponderable friend and godmother of writers from the “Los Novísimos*” generation, Michi Strausfeld — who is presenting my novel, promoting it, and as if that weren’t enough, making the world aware of the injustice committed against me, and why I am incarcerated.

Knowing the work of the Cuban Government, presumably they would elaborate a scathing plan to wreck this cultural space, and they tried to through a public letter from the German “Cuban Network” foundation, accustomed to giving its support to the Castro brothers’ totalitarian regime, a foundation whose right we recognize to do so, however unjust it seems, coincidentally the same right to criticize, expound on reasons, points of view, that we demand for all Cubans, and which for realizing we are punished with impunity, as every dictatorship does against those who reject its designs.

The truth is that neither the regime nor illness diminished the joy of feeling myself a physical part of the presentation at the Berlin International Literature Festival. Between the fatigue and high fever, I thought about the book, friends, readers.

It is my infinite desire to thank those who have, for several years, supported the competition and brought to light books that the Regime censors, and thanks to this beautiful and just effort, prevented these literary creations from sleeping in drawers; I also thank the Jury who awarded the prize to my novel; and the intellectuals, cultural promoters from different countries, and my friends who put so much effort into this presentation, and above all for their political and social ideals, giving weight to culture, our primary reason for being. And to the Czech NGO “Banned Books,” and their clear cultural management.

The novel “The Summer God Was Sleeping,” like the rest of my books, attempts to be a photograph of my time, to give a voice to those testimonies of Cubans who risked and are risking their lives to achieve freedom and rights, and who cross the Strait of Florida, trying to evade the pursuit of the dictatorship, in order to leave behind the material shortages and political repression. On this they wager their most precious possession, their lives. Once again, I try to present my time and our time. I know that’s not enough, I need to double my efforts, and to this I bravely turn my efforts.

*Translator’s note: “Los Novísimos” (The Newest) is a name that has been  given to Cuban writers such as Angel who began to publish in the 1990s — during the so-called “Special Period” — and whose works reject the values of the Castro regime.