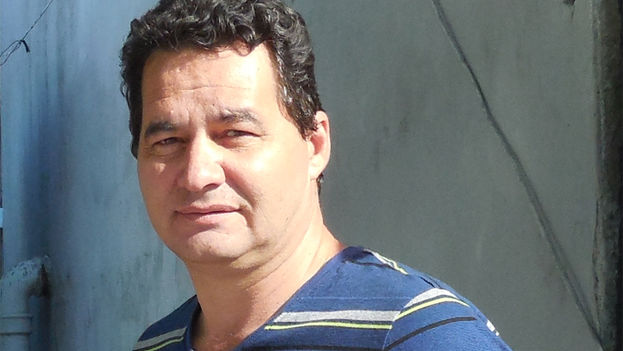 14YMEDIO, Havana, August 22, 2014 – The writer Angel Santiesteban might have been transferred to La Lima prison, located in the Havana municipality of Guanabacoa. The information was provided to 14ymedio by Lilianne Ruíz, a freelance journalist who visited the police station at Acosta and Diez de October streets where the narrator and blogger was detained.

For several weeks, Santiesteban’s family and friends have been demanding an explanation for the aggravation of the charges against him. The police informed the family that the writer was being prosecuted for an escape attempt. However, his family believes that this “new imputation is groundless and is being lodged only to increase his time in captivity.”

Reporters Without Borders issued a statement calling on the Cuban authorities to “clearly explain” Santiesteban’s situation.

Prior to his transfer to the Acosta Station, Santiesteban was held in a construction unit where he could receive visitors and make telephone calls. The blogger was sentenced in 2013 to five years in prison for an alleged “violation of domicile and aggression.” Independent lawyers have repeatedly denounced the irregularities committed in his case and have raised the complaint with national and international entities.