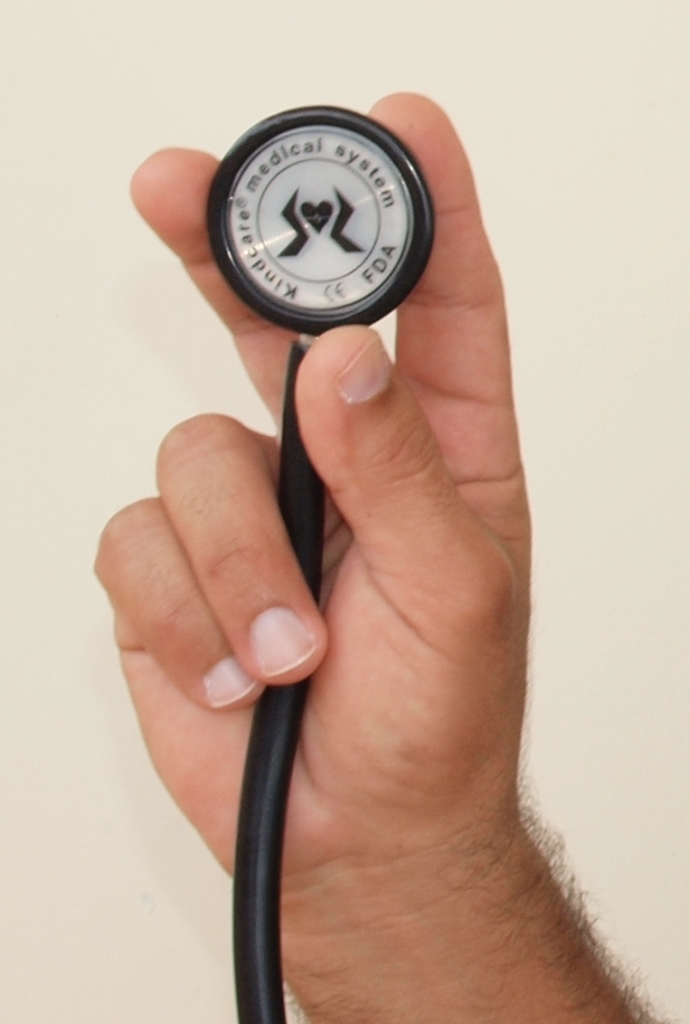 I recently read your article, “Medicine defended, which circulated on the web this past August. Before I read it I saw your name at the bottom, and as this is a sign of responsibility and courage — as those who dare not to hide in anonymity may be arrested — for me, in advance, I felt your sincerity and valor, and so I feel a reverence, far beyond what I can share. Like you, I am a doctor, graduated in 1994, and I find in your writing references to the abuse and misunderstandings, so I would like draw your attention to some details.

During the time I practiced medicine I was a witness to various situations in which a health worker mistreated, consciously or unconsciously, some patient or family member. This is undeniable. But as undeniable as this, is the fact that for each of these cases of mistreatment I can recall a dozen cases (without exaggerating), on the contrary, only in these, different from the others, were rarely reported.

When a patient feels mistreated, frequently they immediately complain to the different levels of the Health System, the Government and the Party, but this almost never happens when the mistreatment — much more frequently than people think — happens in reverse. Sometimes the patient isn’t even aware of his attitude, as the grievance is assumed from the professionalism of the mistreated, in this case us.

However, there is a point where I disagree with you or with whomever suggests it. When you refer to the topic, “…the extremely low and disproportionate salaries, the undervaluing of the vocation, the truly abusive treatment of which we are victims and other grave matters…“; then giving the sense that, “…there are possibilities of lessening these evils.”

This takes me to past times, when our sector was on the list of the so-called “budgeted,” that is those depending completely on State financing. This was the excuse to explain why professional salaries in the health sector were so low and could not in any way be raised. But time passed, then came the era of medical missions abroad and now we live in a very different reality.

Today Cuba maintains collaborative medical missions in over 70 countries, which have been reported in recent years to bring up a sum of between five billion and eight billion dollars annually. A rapid calculation converts 8 billion dollars — in the Cuban peso in which we receive our wages — into 180 billion pesos annually.

With this alone we are the most productive economic sector of this country. But to these millions in income (which greatly exceeds even Tourism, which generates some two billion) we have to add that contributed by the pharmaceutical and biotechnology industries, the third highest exports after nickel and petrochemicals. It’s clear: our section has become the engine of the Cuban economy, so there is no compelling reason that we should be paid this miserable salary, equivalent to less than 30 dollars for an entire month’s work.

If I go on about the numbers, it’s only because they are very eloquent. You know, as I do, that the added human sensibility that makes our work priceless, despite our great scarcities that perhaps those who judge with surprising lightness us don’t know, don’t fully understand the seriousness of the matter.

You, like me, have been on medical duty where there is a lack of vital medications, reagents, X-ray film and essential disposable materials; where we don’t even have running water, where we can’t even wash ourselves on a 24-hour shift, without even being able to wash our hands; resting in such tough conditions that people wouldn’t even believe it if they saw it; eating poorly — for example broth and mashed potatoes, or corn flour and boiled potatoes for every meal — knowing beforehand that this shift did not bring us a penny to feed our children and knowing, as well, what is even more painful, that other State sectors like ours, which don’t generate anywhere near the income we do, are much better paid.

For decades we have been a very poorly served sector. In my case, I remember that since 1994 I worked for seven years with only the two doctor’s coats I was given as a recent graduate, and this compares with other sectors that have received uniforms and shoes every year — some even every six months — as well as extra monthly pay in convertible pesos, personal hygiene products and food. I couldn’t explain this if it weren’t accepted, with pain I say it, hard evidence: those responsible for dealing with this sector don’t concern themselves with the well-being of our workers, nor with our families, everything is a matter of sheer laziness, a proverbial irresponsibility, or both.

You quote another journalist, Fernando Ravsberg, as part of what is already becoming a crusade, also on the attack — according to what I infer from what you wrote, because I haven’t had access to that article — extending the shadow of bribery on the just and the unjust. I read it and remember, however, such elevated examples of moving dedication: professionals who are second to none in knowledge, and also in ethical principles, people of integrity, who carry their wisdom with a shining humility, living in the midst of shortages and that it shames me even to remember, and who even so, prefer to die rather than stoop so low.

I know there are the unscrupulous among us, I know its face, its name, its last name, they are not abstract examples but reality. But for my pride and yours, Doctor, and perhaps to the surprise of Mr. Ravsberg, they will never be the rule, they are a painful exception. That I know and I would hold both my hands to the fire for that, my disinterested and honest people. Who search the trees for firewood, who look above us and find enough reed to cut it; but when there is not enough courage, it is more comfortable and certain to take from us, those below.

For saying words very similar to yours, Doctor, I was stigmatized, and some idiot even accused me publicly of being “money-grubbing,” when I am among those convinced that capitalism is very far from offering a solution to the problems of the world, but to belabor this point would take us far off topic.

I think it is stupid to run after the superfluous, following a consumer culture that compels me to buy a cellphone every month or a new car every year. But as absurd as this is, after working 26 years, to be without a penny three days after being paid; that the workers of our sector eat lunch at noon without knowing if they will eat dinner that night; that our “salaries” honorably earned don’t even allow us to feed our families for more than a week a month; that a specialist with 20 years experience has only one pair of broken shoes; that the most that we can aspire as physicians is to a battered bicycle.

Before such a picture, even Kafka would pale, would certainly suffer a massive heart attack with all the complications described by cardiology. I don’t ask for irrational opulence, but nor do I deserve the miserable existence they seem to want to condemn me to.

Excuse my manners, allow me to present myself: I am Jeovany Jimenez Vega, I live in Artemisa and I have been a specialist in Internal Medicine since 1999. Five years ago I was disqualified to practice Medicine anywhere in the national territory indefinitely, since October 2006, for having channeled to then Minister Dr. José R. Balaguer Cabrera the opinions of 2300 professionals in Public Health about that disrespectful “salary increase” in our sector in mid-2005.

At the time of my punishment I was a Party member – since 1995 – and was studying the final year of specialization in Internal Medicine; I was expelled from the party immediately and suspended from my Residence, and several months later was disqualified, along with a colleague and friend who accompanied me on that initiative.

The details of they flat out lied to try to legitimize our punishment can be found in the first post of my blog “Citizen Zero” (http://citizenzerocuba.wordpress.com), open since last December to denounce this injustice and fight to regain the exercise of the profession that was taken from me.

Doctor: Despite everything, I have no doubt, we can count on the respect and caring of the majority of our patients and this is a great encouragement to continue. Along with this, I am comforted that there are professionals like yourself, who are not resigned to look on with indolence and shame, but who break their silence and share the truth. We consecrate our lives to the medical profession, as we must, but this should never be understood as renouncing the right to proudly defend our rights.

We live proud of our sublime profession, far beyond that “…contempt for the vocation, the abusive treatment…” to which we are subjected by those whose job it is to ensure our well-being as workers.

We will never forget that our oath imposes on us the duty to comfort man in his sickness and at his death, and to always comfort him in his pain, even if in his delirium he comes to bite the hand that cures him. In this endeavor, Doctor, we hold our heads high and our hearts open, and nothing else matters. Be assured, better times will come.