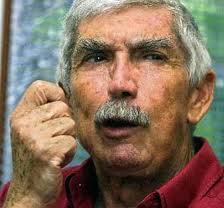 The monster publicly confesses that be brought down the Cuban airplane and that he’s proud of the 73 souls plunged into the sea in 1976, in cold blood, a crime consummated in Barbados where the entire teenage fencing team died as they returned to Cuba with all the Central American gold medals.

He also confesses that he organized the chain of bombings of hotels and public places in Havana where Flavio died — a young Italian “in the wrong place at the wrong time,” according to the words of his assassin — but it just as well could have been my children. His contempt for life also plunged Venezuela into mourning for decades, with his claws covered in blood along with the executioners’, under the sinister wings of the condor. Wherever he was, he always engendered the greatest possible human suffering.

Recently a court in El Paso, Texas refused to find guilty such an accomplished and confessed assassin, not even of the initial charges of lying to the authorities of the country, and so the beast was acquitted of all charges and today walks the streets of Miami with satisfaction, clean as a daisy, immune to U.S. law, like the equally unpunished Orlando Bosch, his accomplice in the Barbados, who died in April.

In the country that saw John F. Kennedy slaughtered before the television cameras, also in Texas, and then saw the investigation squelched by the same power that killed him, nothing should surprise us. The same country that saw the destruction of the World Trade Center, burying thousands of innocents now tries to offer me a pill I can’t swallow: that Osama Bin Laden was killed by Seals commandos in an operation worthy of a Hollywood script, and was later thrown into the sea or something like that, without even showing a photograph of the precious trophy. The power in the shadow that perpetuates such affronts on mankind today is the same one that pardoned the homicide in the Barbados.

I can’t stop wondering how many dark secrets Luis Posada Carriles knows, that give him such a capacity to blackmail the forces of power in the United States. In any event, we must not forget that the now “respectable” gentleman, was wandering around Dallas on that tragic November 22, 1963.

This this notorious terrorist continues to go unpunished is also an insult to whatever of dignity survives in the people of Washington and Lincoln and Martin Luther King and Malcolm X. I can’t conceive of a better stimulus for global terrorism. Starting now, every new terrorist barbarity will also take a bit of the aroma of this criminal pardoned in El Paso.