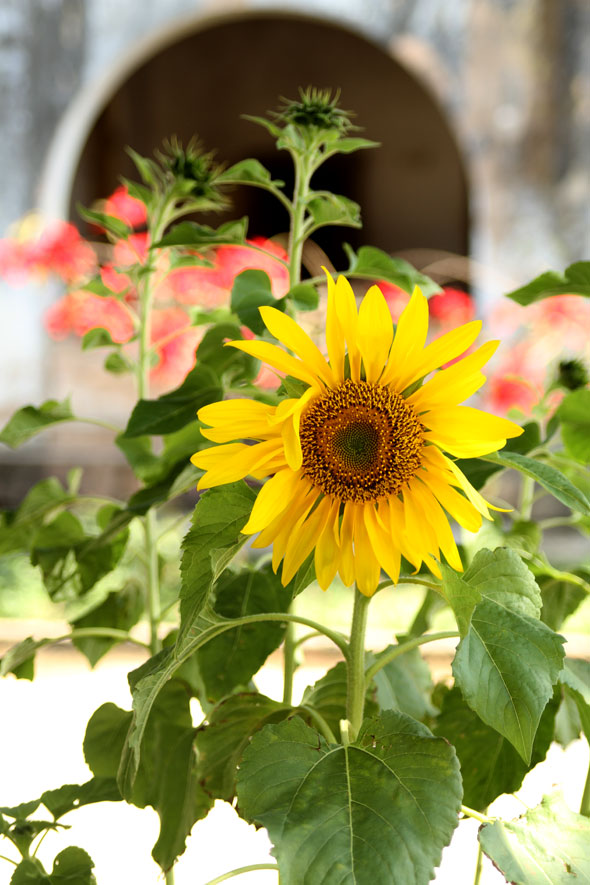 It is dangerous to oppose because Revolutions are violent machines that seek to justify the horrific death of many in the name of macro social ideas. Like some huge pruning scissors are applied on behalf of social justice to the heads of humans.

So it is logical that there are many in  opposition although the terror makes many of them hide their heads. This metaphor should be understood by executions of so many Cubans, who were not necessarily Batista henchmen, the imprisonment in the hell of a revolutionary prison where you lose all rights because in the consciousness of the bully there is only one party ideology, or it can be reset by ingenuity or by this mechanism of self-preservation. The three things relate different ways of dying.

However, the leaves keep growing, the sea keeps repeating the same movement for ever and ever, the sun, the babies, because life can not be prevented in spite of everything. The problem arises with consciousness: I am, and that is opposed by the vertex to the idea of a revolution.

What do I gain by following the rules, or what do I risk with a little hope, with a little faith, I insist, the size of a mustard seed? I also once thought vaguely that it was that they underestimated the opposition cries, to make the blind see, the lame walk, but those voices that oppose violence have the power of the spirit of the sea, the rising and setting of sun, the tears and laughter of a baby.

Freedom is older than the State, but has always been in danger. Something like counter-revolution cannot be a crime, to be against violence, arbitrariness, lack of freedom to be opposed without fear of punishment can not be a crime or an offense, or a stigma.

The more that such violence needs to repeat over and over the same speech to convince some who are fleeing the terror to be submissive and not look for trouble, taking refuge in their private life, afraid to talk even at home, because the abusers officials, politicians, leaders of a caudillo communist system have decreed that politics is a right reserved to their class, their followers, not those who oppose them in a civil and peaceful manner.

They use force to suppress, to vex, to kill and spread terror so that you will retreat into your private life, with the blackmail of “look how much you will risk to denounce evil.”

To justify such violence takes a lot of propaganda. The language is the death of pleasure, you can access knowledge through language, but of all this repetition creates a replacement mechanism that closes the possibility of experience, you begin to accept the lies and so you can go through life deceived, not having the taken the time and responsibility to say NO.

They kill with discourse, and much more so if this discourse, exhausted from hiding so many lies, having to turn itself over and over, extending for hours, you end up accepting that you can put off until tomorrow the work of defeating the dragon. “The submission of the masses is an irrefutable fact.”

I still hold onto hope and and the impulse to fly every time that I ignore the fears and let myself write. But at the end of the day it is hope, to be freed rather than write. You have to really believe it, the problem of Cubans is not really believing that we can be free, for fear, the serious counterrevolutionaries that we are more than return the pleasure and kill the discourse.