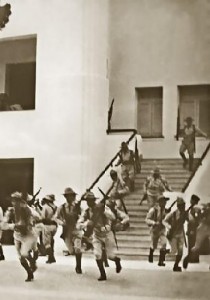 Since the last week of December, the Cuban news media turned the propaganda time chart on the 52nd anniversary of the Revolution, whose reviled founders stayed in power and in the disgust of the population, submerged in silence and the routine of a half-century of slogans and promises.

There was a Revolution but at these heights nobody remembers when it lost its way. Perhaps from 1961 to 1968, on eliminating private property, imposing the state monopoly on the means of production and adopting the tropical version of the Soviet model. Maybe in the middle of the seventies, on institutionalizing the socialist process, sending troops to the African wars and following orders from Moscow, whose regimen fell in 1991.

But it’s not necessary to highlight the matter, for January 1st isn’t any more than a date associated with an imaginary Revolution of Castro-communism; on whose legitimizing calendar other anniversaries of fighting actions are revisited, like 26 July 1953, evoking the failed assault on the “Moncada” and “Céspedes” barracks, which happened in Santiago de Cuba and Bayamo; and 2 December 1956, which commemorates the landing of the yacht Granma in the south of Oriente, considered afterward as Revolutionary Armed Forces Day, founded by decree in October of 1959.

For the past half-century they have been exaggerating the size of the traces of these events, of such indubitable influence in the country’s destiny, crammed down our throats by the attackers who prepared the ill-fated expedition of the Granma, whose survivors started the guerrilla focus which carried out the rural skirmishes of the so-called Rebel Army, one of the forces that fought against the tyranny of General Batista, who fled Havana at daybreak, 31 December 1958.

These facts, retold to the point of exhaustion by the historians and the government’s communication media, have as a common denominator the violence and the necessity of imposing the leadership of the manipulator, Fidel Castro. 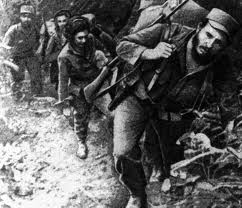 To assault the barracks in the eastern zone of the country, the participants bought arms, practiced marksmanship in various places around Havana and crossed the island, besides risking the lives of people who were enjoying the Carnival in Santiago de Cuba, killing dozens of soldiers and exposing their own men. The failure complemented the adventure, but it is worth asking: What would have happened if they had taken it? If the idea was to climb the mountains, why didn’t they just do that?

If we leave behind the problems created by the attackers, the punishments after trial really were benign, the Castros and their followers only spent a year and a half locked up. On getting out, they went to Mexico “to prepare the insurrection,” instead of just climbing the mountains without spending on travel, yachts, fuel, nor violating the laws of a neighboring state.

Behind the expedition of the Granma, bought from the American Robert B. Erikson in Tuxpan with the money from the ex-president Carlos Prío Socarras (1948-1952), is hidden Castro’s proposed inscription in history of imitating the independence fighters of the 19th Century, who armed themselves in the United States and disembarked on various points of the island.

The map of their crossing reveals their irresponsibility and their headstrong nature. If they had left from the furthest point of Yucatan, in only hours they would arrive at the mountains of Pinar del Rio, closer to Havana, without having to cover almost all the Gulf of Mexico and the south of the island to the eastern end, the setting of confrontations just like the hills of Escambray, headquarters of the guerrillas of the Student Directorate, who defied the agents of tyranny in the capital and other towns in the east.

The legitimizing crowing comes to a head with the propaganda about the victory on that faraway first of January 1959, an anniversary that, paradoxically, is associated with the longest dictatorship in our history.