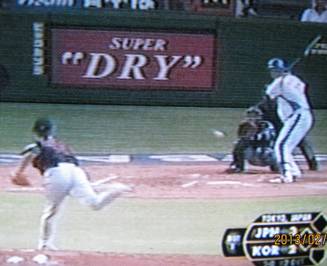 Tomorrow the 3rd World Baseball Classic begins, in which teams from different countries will participate; through a process of elimination they have earned places in it. Among them will be found some good world-class players, although not all of the best because, like the U.S. Major League teams, from team and personal interests, won’t be playing, affecting the quality level of the event.

This, as is logical, makes many of the teams participated from some countries not put forward their best players. We could cite, as examples, the United States, Venezuela, the Dominican Republic, Mexico and others. Given this reality, it’s incorrect to state that both the participants and the possible winner of the Classic are the best baseball players in the world, as happens in football (soccer), where the best players in every country, regardless of which country’s team they normally play on, play on the team of their native country in the World Cup.

This, unfortunately, has not been achieved in baseball so far. This situations, which affects some benefits others, principally those who don’t depend on Major League players. This is the case with Cuba, the Netherlands, Japan, Taipei, South Korea and others.

Gone are the days when Cuban team, composed entirely of experienced professionals, faced university student teams or true amateurs and swept them all, winning championship after championship, claiming, wrongly, to have the best baseball in the world. The latest of a truly global nature, in which professional players have participated from all countries, has ousted our team and put it in its proper place.

Now, for this Classic, they have mobilized every resource in order to catch up. Perhaps, considering the adverse factors mentioned in connection with some teams, they might achieve this but, even if they do, it should be clear that the best players in the world aren’t participating in this Classic and so, evening winning first place, wouldn’t really mean they are the best at the world level, nor even that the country of the winning team is playing the best baseball in the world.

Let’s drop this false chauvinism: we all know the best baseball is played in the Major Leagues, where the best players of the world are concentrated, including Cubans who have made the leap, who are ignored by the authorities and even, absurdly, considered traitors.