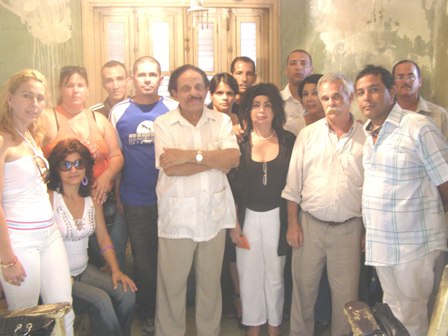 (http://www.miscelaneasdecuba.net) – On the afternoon of 15 January, Dr. Francisco Leblanc Amate passed away. He was a founding member of the executive committee of the CUTC (United Council of Cuban Workers) where he acted as legal counselor on the BAJIL (Bureau of Independent Labor Legal Advice) and the ISECI (Cuban Institute of Independent Unions).

His strong professionalism characterized his work as a labor lawyer for independent unions. Many remember his decades of collaboration and participation in seminars and conferences on union workers, which he shared with provincial delegates and activists in the Council along with well-aimed opinions in articles on these and other topics related to law and the labor situation, whether state-run or not, in modern-day Cuba.

His family has received heartfelt condolences from his colleagues in Cuban independent  unions, who remember Dr. Leblanc for his unprecedented honesty, courtesy, and wealth of knowledge.