When they talked to me about an invitation to Chile to take part in a cultural exchange I was, of course, very happy. In my world, even the cat wants to travel; perhaps because it is so complicated and labyrinthine to do so? We always suppose that the fruit we aren’t allowed to eat will have the best flavour. 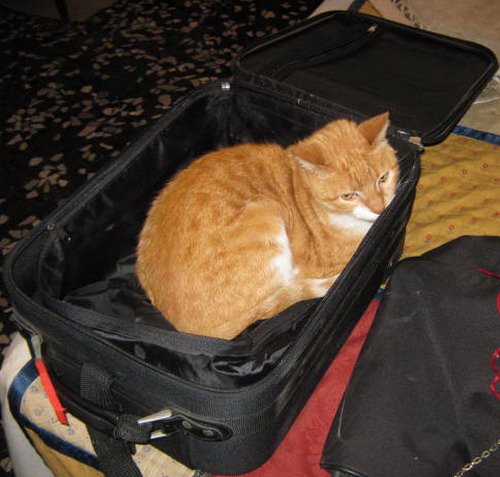 Of course, flavour is one thing. The troubles involved for those who need to take a flight is another. Because, in my world, you are never sure that you will be able to travel, until you are on board the plane that will take you to your destination, and it’s safely in the air.

This little trip to Chile started to develop on the 17th of January. On this date I presented the papers that were required (a mountain of them). The days passed and nobody had contacted me, so I called the department that was dealing with me and in that moment I learned that there was a detail that I had to clarify in order for them to proceed to create an essential document I would need. This was corrected and then everything was ready relatively quickly. But, as the saying goes, happiness in the house of the poor doesn’t last long.

Soon after this the application for my visa began smoothly, but the organisation that was going through this process for me, was not up to date with changes that had been made in the Chilean Consulate, despite the fact that they had been informed. As they would explain to me in due course. In the end, this misunderstanding meant I would have to do a lot more running around and make three trips to the Consulate.

Finally today, the 12th of April, we arrived. I say “we” as my sister who is also an artist has come to the same event. We were very well received and looked after and even the weather has been kind to us. There is nothing else but to enjoy our twenty days, that only took me three months to pull together and organise like a complicated jigsaw puzzle. But despite this difficulty, still in my world the cat would give his whiskers to take a little trip. I wonder why that is?