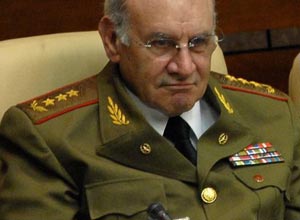 In his first decision of this year, published in the Gaceta Oficial Extraordinaria (Special Official Gazette) dated February 7th, the head of MININT (Ministerio del Interior de la República de Cuba – Cuban Ministry of the Interior) Army General Abelardo Colomé Ibarra, ordered the General Management of the General Revolutionary Police to exchange information, such as the co-ordination of criminal actions and investigations, with the General Management of the department of Bank Financial Operations Investigations, in order to combat money laundering, financing of terrorism and moving illicit capital out of the island.

The challenge is large and high-cost; but the solution is very easy. For starters, build a wall around the boundary of the present location of the Central Committee, leave the guards outside, and convert it into a high-security prison. And whatever else is needed.