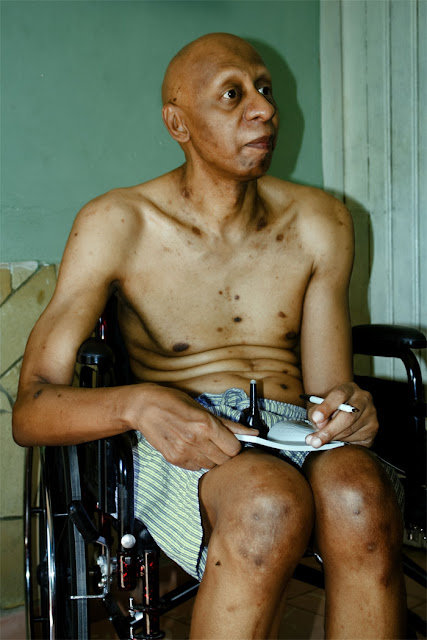 There is another Cuba glued to the asphalt, anonymous, dynamic, talkative and entrepreneurial. Three hours in a botero — an informal private car for hire — on the highway from Havana to Santa Clara can transmit more information than a whole year of watching the national news on TV: prices in the black market, the private opinions of former party members who turned in their cards, Cuban-American tourists sharing their anecdotes, and traveling vendors. I could stay on that other island which is hotter but more real, harder but more sincere than Cuban television.

Santa Clara, however, seems like a city under siege, not a city of carnivals. Like a diabolical colorless Christmas, in every door, wall and window there is the same sign with the same inscription: We are in 26. The city was drowning in a number, in the same number, to the ends of the province. One has the sensation of having arrived in a country of figures, the domain of “King 26.” With less sun and more air it could be the lead-in for a great horror film.

Coco would be an Alice in the country of the Red Queen, his door the only one free from the curse of two plus six, our conversation constantly interrupted because someone looks into the room to wish him good luck, health and all the best. Alicia, his mom, is desperate to stem the rush of solidarity that interrupts the rest and discipline her child should be subjected to. Fariñas, however, is an exceptional human being: his body is field of marks and scars, bruises and holes, his neck is marked by the blood clot, and his swollen feet retain too much fluid. He doesn’t walk but when he talks from his wheel chair it’s like he’s flying. I felt pain for this body, helpless to follow the steps of such a great soul.

Leaving his house is almost like leaving paradise, without any transition from hours of levitating on his words to then falling into a puddle of tar in the middle of the provincial bus station: A 15-inch TV on mute invariably presents a close-up of Raul Castro, signs and banners of the damned 26 stretching as far as the eye can see, (there comes a moment when everything becomes abstract and you forget that this number is a date, just a date), and a temperature impossible for human life that forces you to sit on the floor to be able to breathe. Four hours later we managed to catch a transport to Havana.