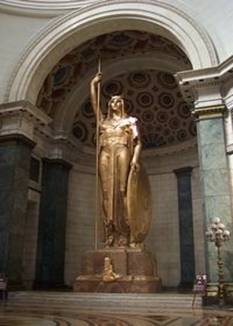 The year 2014, complicated for the authorities, is no less so for the peaceful opposition. If the government is forced to deepen, widen and accelerate its reforms, faced with demands from citizens who are worried about the present and tired of waiting for a bright future that never comes and always seems further and further away, the opposition, without trying to achieve unity, must agree on a common platform where at least some of the nation’s immediate interests are addressed in a way that will make possible the passage from the totalitarian regime to democracy.

Among these could be: economic restructuring and, in addition to state ownership, recognizing private property with all its rights and duties, freeing the productive forces, both in the countryside and in the towns and cities; the formation of political parties and organizations that truly represent the variety of Cuban society, rejecting the absurd, obsolete and unnatural concept of a single party; the restoration of all civil liberties, first of all the right of expression, assembly and the press; the dismantling of the repressive apparatus and reduction of armed forces to the minimum necessary for the tasks assigned to them, so that they are no longer a burden to the country; and the revision and adaptation of the judicial system to the new conditions. Although these are not all, they could be used to start, adding to them later, according to how events unfold.

For this platform, to become a viable project for all Cubans, it must provide for participation in its realization of the peaceful opposition inside and outside the country, as well as that of citizens who have for years served within agencies and government institutions, with honesty, responsibility and professionalism. Solving national problems is a difficult and daunting task and will require the participation of all Cubans who desire the best for Cuba, beyond political and ideological criteria, without any exceptions whatsoever.

Although this will be a complex task, thanks to the too many years of division, on the base of accumulated experiences, it is possible: we just have to take firm steps in this direction.