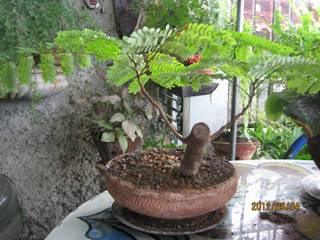 I am not going to write about chess, that game-science that many practice, but about another opening move—the economy—that is a part of the retooling of the Cuban economic “model.” This long-delayed opening-up, drawn out in its study, discussion, approval and application, is burdened by absurd, restrictive measures that limit its very growth, much like a bonsai, which is allowed to reach only a certain size.

As has already been discussed on numerous occasions, it is necessary that the country stop penalizing prosperity and quit promoting poverty. This erroneous path, whose only objective seems to be requiring the majority of citizens to live in destitution, does not allow them to develop their initiative or the realization of their life goals. Instead, it has only led to disaster for the people as well as for the nation.

The agencies created by the state (controllers, inspectors, etc.) are the scourge of the citizen. The rules and regulations (high taxes, excessive fines, etc.)they approve and apply (at quite a fast pace) contradict the public rhetoric and actually hinder the initiative necessary for an efficient economy. In such an unhealthy and less than propitious environment one would have to be a masochist to stay, fight and succeed.

Nevertheless, some obstinate entrepreneurs, against all odds,manage to make a go of it, providing alternative sources of employment and offering better services than those offered by the state, thereby demonstrating the superiority of private enterprise over state enterprise. Perhaps this is why the state has to legislate against them. Since it cannot win in an open competition, it must make use of the prerogatives of power to do so.

This attitude shows once again that they are really just “travelling companions,” thrown together by undesirable circumstances. The deeply dogmatic “model” will accept only those changes that are skin-deep and that do not affect its totalitarian roots. As a result we talk only about this issue without saying a word about the political and social changesessential andnecessary for restructuring society and saving the nation.

If this bonsai-sized opening is to bear fruit, it must provide at least a minimum amount of oxygen to the dying economic model.