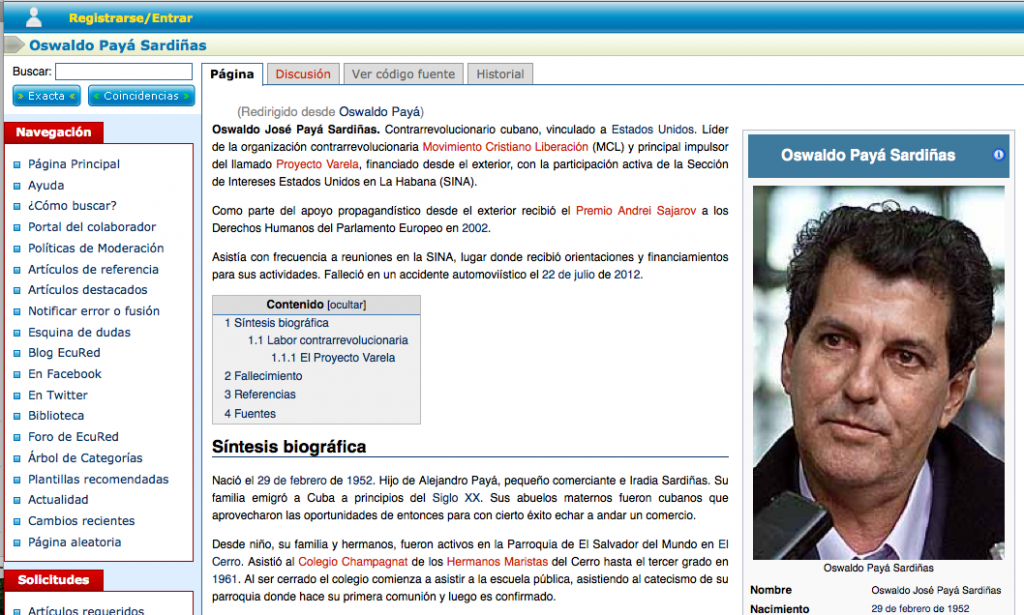 What effectiveness with the enemies…!!!

Translator’s note: Ecured is the Cuban government’s internal “wikipedia” — written and controlled by the government.

The introductory text of Oswalda Payá’s entry [from the image above] reads:

As a part of the propaganda support from abroad he received the Andrei Sakharov Human Rights Prize from the European Parliament in 2002.

He frequently attended meetings at USIS, where he received guidance and financing for his activities. He died in an automobile accident on July 22, 2012.