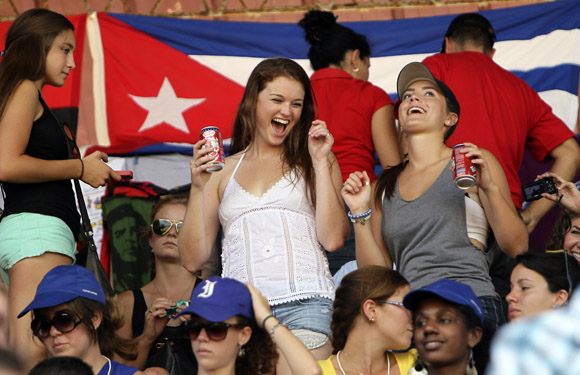 HAVANA, Cuba, December, www.cubanet.org – During the days when the cruise ship Semester at Sea was anchored on Cuban territory, over 600 visitors, including students and teachers -mostly Americans– carried out a tight schedule of “meetings” with Cuban university students and toured “sites of historical and cultural interest”.

The December 11th edition of Granma published some of the opinions of the young northerners during “a brief meeting with reporters”: “I had never been so well received by the population as we were here,” commented a student from the University of Nebraska, while another one from the University of Virginia said that “Cubans are very welcoming”. 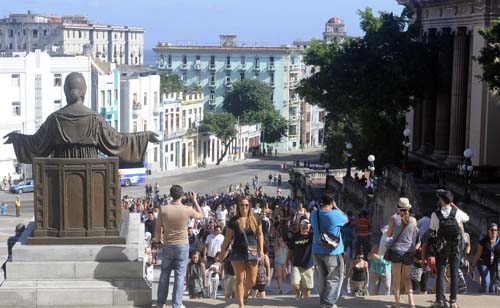 But according to some in Havana who tried to contact the visitors, there was a strong undercover operation, with agents dressed as fruit vendors, pedicab drivers and even “pompously attired mulatto women” -those who dress in costumes around Old Havana to entertain tourists- monitored the area the whole time the cruise ship was anchored at port.

Other undercover individuals were posing simply as regular Cubans. However, Cubans’ sense of smell was not fooled when it came to identifying members of the pack of hounds.

Cubans who were interviewed by the visitors in each of the official program activities were selected among the most loyal communist militants, while Castro journalists covered the visit with their usual triumphalism, as if this were about another one of Castro’s achievement. 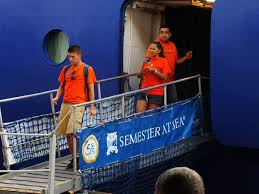 But despite the careful planning of the visit’s programming by the Cuban authorities in the interests of the government’s political promotional agenda, and despite the students’ lack of contact with the population or with the diverse independent civil society, a group of them, despite controls of the political police, attended songwriter Boris Larramendi’s concert offered at the home of Antonio Rodiles (Estado de Sats), where they held a live dialogue with those in attendance, according to testimony of blogger Walfrido López, who was later detained at a police station after being violently arrested along with Rodiles and other activists and dissidents.

These students heard first-hand testimonials from those who are vying for a new Cuba, and they learned of repression and terror. They were also witnesses of the repudiation rally organized outside the home of Rodiles, in which the authorities had no qualms about using elementary school children, high school teens, and musicians who are eager to keep their perks and travel privileges, as in the case of Arnaldo y su Talisman. Arnaldo may need a huge talisman someday to explain his criminal complicity with those who repress other Cubans. 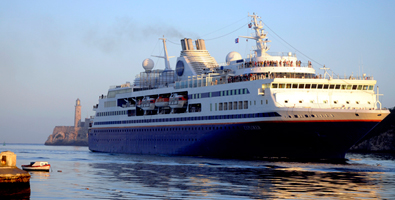 There may probably be other trips and exchanges with these and other American students. Many of them reported the lack of information they have about the Cuban reality and about the true nature of the dictatorship. Hopefully these visits, laden with messages to the free world will recur. Totalitarian regimes don’t have antidotes against openness, and the satrapy will definitely not be able to keep hidden any longer the slavery and repression it has imposed upon Cubans for 55 years.